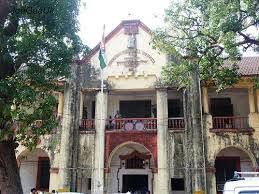 VASCO: Mormugao Municipal Council (MMC) employees union members met MMC Chairperson to resolve the employees’ pending salary issue. Union has given an ultimatum of Monday, failing to issue a legal notice and will likely go on strike.
On Thursday, MMC employees union secretary Anil Shirodkar along with the MMC workers, met MMC chairperson Damodar Kaskar and inquired about the two months’ pending salaries of the MMC workers. The union secretary later told the media that he had been assured by the MMC chairperson Kaskar that two months of pending salaries of the MMC workers would be released by Monday evening. If this thing doesn’t happen, then the employees union will issue legal notice to MMC and will likely to go on strike,” Shirodkar said.
When asked about the joint meeting between the Employees Union and the MMC, Chairperson Damodar Kaskar told the media that the pending salaries of the MMC employees would be released by Monday evening.
When questioned about the frequent delay of MMC employees’ salaries, Kaskar informed that before, MMC was getting Octroi tax, which was sufficient to release salaries of the MMC staff employees, but later, the Octroi was stopped, further creating the problem.
He also informed that an appointment had been taken to meet the Chief Minister to get a permanent solution. We are hopeful that some good solution should come out,” he added.
For the past few years, Mormugao Municipal employees and workers have been facing the problem of delays in the monthly salaries. This problem is related to the insufficient recovery of outstanding dues, stoppage of octroi tax, and no revenue-generating project in the municipal area.