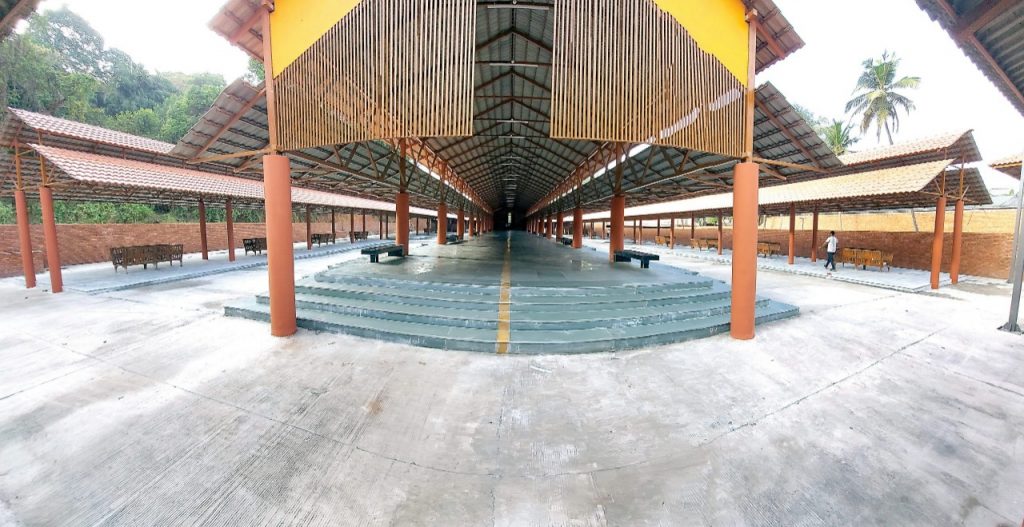 Goemkarponn desk
PANAJI: The “Moksha”  Hindu  Crematorium, Kabristan for Khoja and Sunni Muslims and Lingayat burial ground, a newly completed project by the Corporation of the City of Panaji (CCP), gets international attention by being featured in the world’s most prestigious Architectural website Archdaily.
Archdaily, which publishes the world’s most innovative and creative works on architecture. The project has been designed by Rahul Deshpande and Associates, a design firm based in Old Goa.
The project was initiated in 2011 by the late Manohar Parrikar, the Ex-Chief Minister of Goa when he was the opposition leader. It was executed by Goa State Development Authority ( GSUDA) at the cost of 8.82 crores and was inaugurated in Feb 2021.
The Archdaily applauds the design as “unique” while catering to four varied religious groups, namely Hindus, Khoja Muslims, Sunni Muslims and Lingayats; the architectural character and its language is expressed sensitively, giving each community a sense of identity and personality.
It further elaborates that the uniform use of exposed bricks and their earthy texture creates a sense of oneness of humanity.
Rahul Deshpande is USA educated structural designer, having numerous awards to his credit, including getting nominated for the Aga Khan Award for Architecture for Cuncolim Bus stand and winning the NDTV best Architect for Valpoi Bus stand.
He was a member of the Taskforce in formulating the RP2021 along with Padma Vibushan Charles Correa. His other notable works are the redevelopment of EDC Patto Plaza, Mangeshi Temple, Taligaon Community Hall and Shiroda Bus stand.