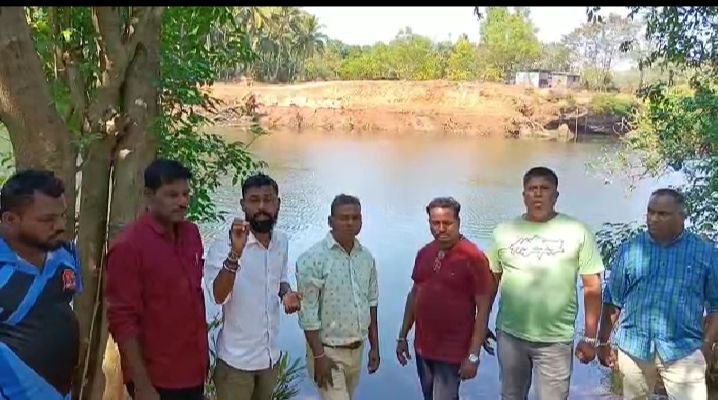 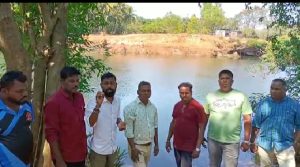 Goemkarponn desk
PONDA: The State government has planned a Rs 100 crore Bandhara to improve the water supply for Priol Constituency. However, locals, out of fear of flood in Monsoon, opposed the Project.
The locals gathered at the site where construction for the proposed Bandhara is finalised.
The locals said two days back, on 30 Dec, the WRD officials held a meeting with villagers on the issue; however, most villagers opposed the planning.
Locals said if Bandhara is constructed, it will block the flow of flooded water of the Dudhsagar river flowing from Karnataka, which would be dangerous for them. The officials should think first about it and then construct Bandhara.
The locals recalled that in July 2021, there was a heavy flood, and Usgao was worst hit, with many houses being flooded while some household goods were even washed away in a flood while some houses collapsed. Locals also fear that it would also affect their Khajan field.
It may be recalled that the Bandhara was proposed by WRD for storing water meant to supply it to the treatment plant at Priol; however, it is facing opposition at the initial stage. Earlier by Curti Khandepar Panchayat and now by Usgao locals.
Locals said Last 2021 flood locals witnessed devastating floods in their homes, and very few people got compensation, some of them getting meagre compensation, they said.