Mopa Airport gets consent to operate from GSPCB 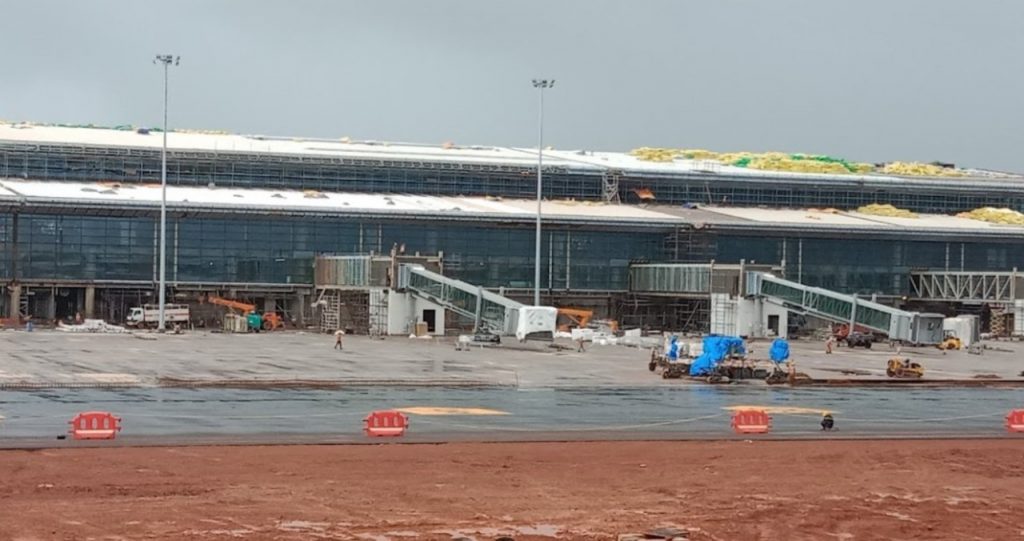 PANAJI:The Goa State Pollution Control Board (GSPCB) has granted the consent to operate the Mopa International Airport built by GMR. The airport is expected to be commissioned in December.

During the board meeting held on October 11, the Member Secretary informed the members that the Board is in receipt of an application for Consent to Operate from M/s. GMR Goa International Airport Limited, Mopa, Perem, for Airport (Operation and Maintenance) consisting of Passenger Terminal Building (PTB), Air Traffic Control Technical Building (ATC TB), Administration Building, Cargo & Utility Building, buildings in airside etc.

Further, the Members perused the agenda item and suggested that a site visit be arranged to see the working of the different equipments installed at the airport, especially the noise monitoring, waste and waste water disposal. Accordingly, Chairman seeking convenience of all members scheduled a visit by the Board members on 20 October, 2022 (afternoon).

The airport which was earlier supposed to be inaugurated on 15 August, coinciding with 75 years of India’s independence, had to be pushed back to 1 October for the inauguration “D-Day”. However, the 1 October “deadline” has also been missed, as the Goa government is yet to receive an appointment from the Prime Minister’s office.

he project is being undertaken in a PPP model via Design, Build, Finance, Operate and Transfer (DBFOT) basis. GMR Goa International Airport Limited (GGIAL), a subsidiary of GMR Airports Limited, is developing the Greenfield Airport at Mopa in North Goa. GGIAL will operate the airport for 40 years, extendable by 20 years, as per broad lease agreements.

The airport will be constructed in four phases and currently the first phase of this project is ready to be inaugurated. After the inauguration of the current phase, the Mopa airport will be able to handle 4.4 million passengers annually, which will further increase to 13.1 million by the end of the completion of the fifth phase.