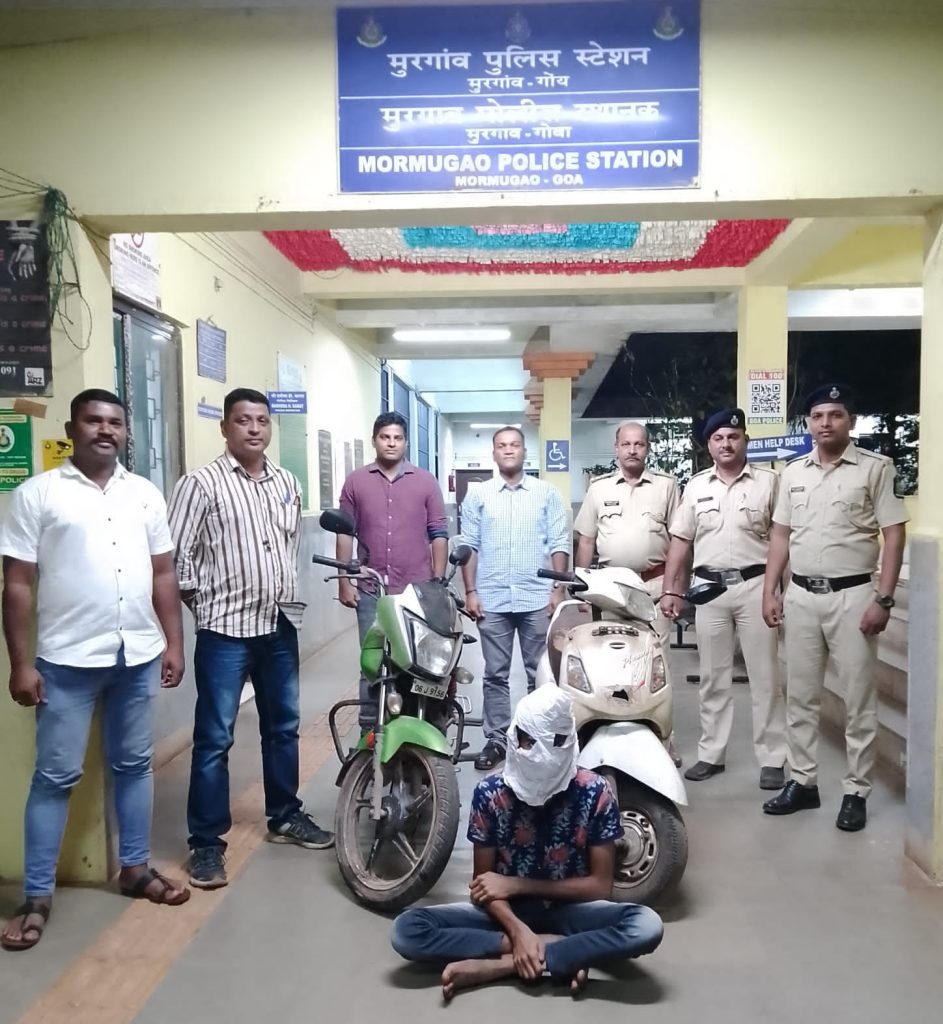 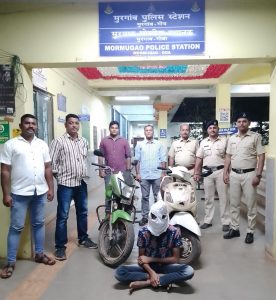 Goemkarponn desk
VASCO: Mormugao police have on Monday afternoon arrested Vinayak Rane, a 20-year-old resident near El Monte theatre, for stealing two-wheelers.
Sources said that the accused was nabbed while on a bike by a police patrolling team led by HC Purshottam Naik at Bogda on Monday afternoon
“When we captured him, he could not provide documentation of the vehicle, and he did not offer proper replies. We later got him to the police station, where he confessed during interrogation to having stolen two bikes, one from Vasco and the other from Zuarinagar Birla. We have recovered two stolen bikes, one Hero Pleasure and One Hero Splendour, from his posession. We have placed him under arrest under section 41 CrPC as of now,” said the source.
PI Raghoba Kamat is carrying out a further investigation under the supervision of Mormugao DySP Salim Shaikh.