New flyover from Varunapuri to Destero becomes a picnic spot 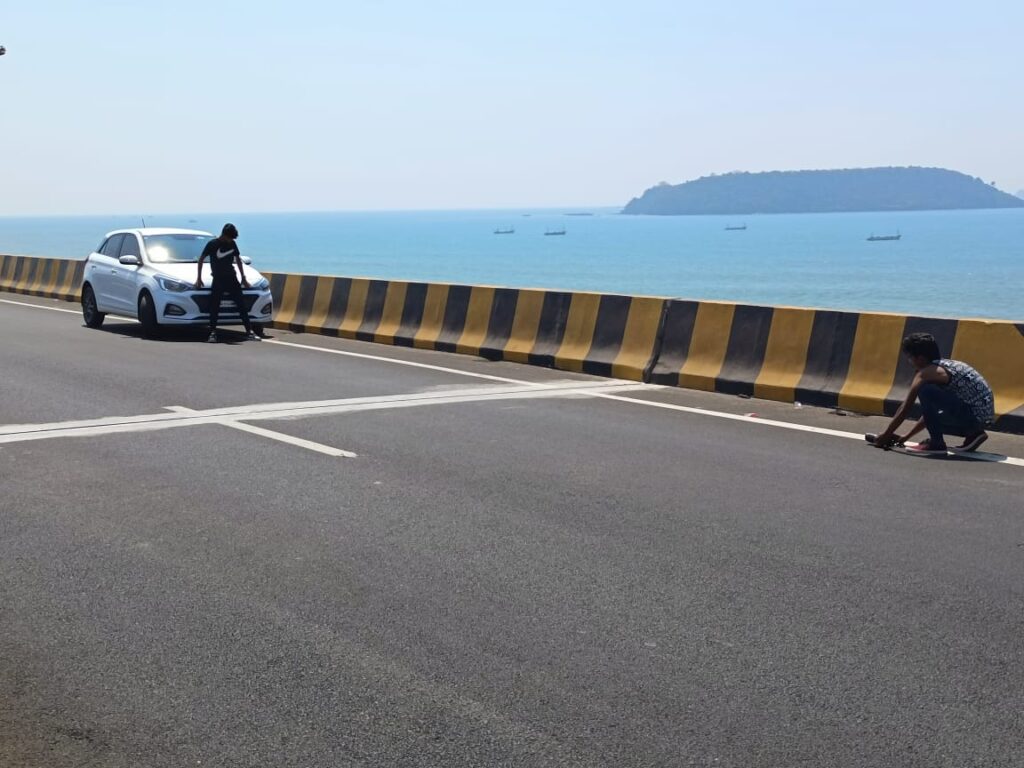 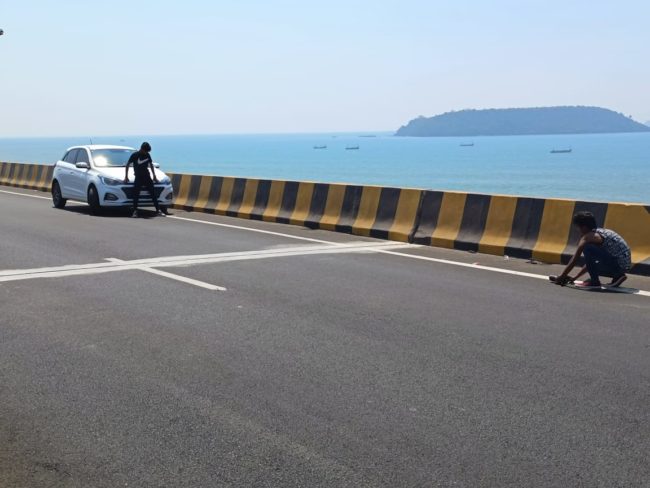 VASCO: New flyover from Varunapuri to Destero is slowly turning into a party zone with several groups of young teens are seen waiting, taking selfies and even drag racing at this stretch. The Vasco locals have opined that concerned government authorities should control this situation to avoid accidents and life loss.
The Varupuri to MPT missing link was recently turned into a state of the art flyover which connected the Varunapuri to the Sada stretch directly outside the main city of Vasco. This flyover was recently opened up for the public. No doubt the picturesque view that people tend to witness in the evening is incomparable, but at the same time, the Varunapuri to Destero stretch of this flyover is being seen full of a group of youths, drinking talking selfies, photography and even for drag racing purpose.
A visit to this flyover revealed lots of empty liquor bottles tin cans littered at the side of this flyover road. Recently, there have been several incidences where accidents were missed by split seconds from happening. A 19-year-old young boy passed away in an accident on this flyover a few days back. Considering all these things, the concerned government authorities must restrict the movement of the pedestrian’s youths from jamming, doing small picnics and doing drag racing.
A Vasco based lawyer, Savio Correia, said that no doubt the newly built Baina flyover is an attractive place for the people.
“The view people get from the place the beach is beautiful. I have seen many young girls and boys doing small picnics, girls taking selfies, photography, people driving speedily. Considering the speedy movement of traffic through this flyover, I feel the Authorities should declare the western lane of this flyover as a no motor zone from 5 pm to 7 pm to enable pedestrians and other people to spend time at this stretch of the flyover,” he said.
Peter Andrade, another person from Vasco, said it is seen that both sections of the flyover are opened for all types of traffic but are being used by the hordes of people to walk, take selfies, and be involved in open liquor consumption and basically to entertain themselves.
“Walking on a highway is prohibited by law, and the flyover is built as a part of National Highway 66, and hence there is no designated parking for vehicles on the flyover as it is built as per highway standards and as per laws prevailing for highways, and it is not meant for pedestrians to park, walk or indulge in dangerous activities like stopping for sightseeing, taking selfies and walking among fast-moving heavy traffic. The actual place for such activities is the public facilities on the beach below,” Andrade added.