Ninety-two cases of land grab with fraud documents have come to light: Sawant 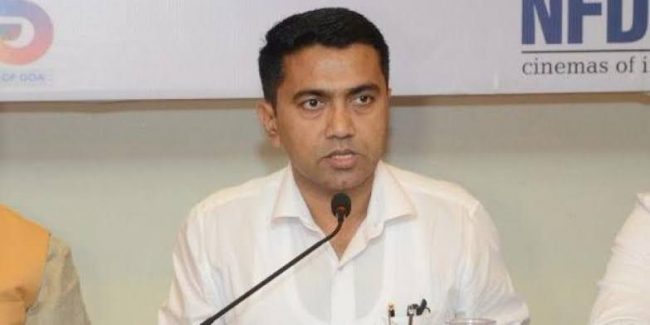 PANAJI: Chief Minister Pramod Sawant said that 92 cases of land grabs with fraudulent documents have come to light so far.
CM Sawant chaired a high-level meeting along with the revenue Minister, Chief Secretary, DGP, Revenue Secretary and In Charge of SIT to review SIT’s progress and to decide on the further course of action on the lands which did not have any registered owners or the owners had passed away or migrated without doing succession proceeding.
“92 cases of land grab with fraudulent documents have come to light so far. will publish survey numbers of land so that public is aware & it also stops any further sale, mutation of land,” said Sawant.
Sawant also hinted that the government may move an amendment to existing laws to take possession of “no man properties.”
The Government formed the SIT to investigate cases of Land grabbing in the State of Goa. During the investigation, Vikrant s/o Balkrishna Shetty r/o Margao was arrested on 18/06/2022 and was in Police Custody for five days and released on bail o 24/06/2022 and presently lodged in Judicial Custody Central Jail Colvale.
Mohammed Sohail r/o St. Inez Panaji was arrested on 21/06/2022 and remanded to Police Custody for five days.
Direct Naik r/o Bandora Ponda was arrested on 2/06/2022 and remanded to 2 days of Police Custody. He is the staff of the Department of Archives who removed the Look registers from the Archives Department and handed them to the accused of forging documents.
During the investigation, it is revealed by the accused that there are no legal Heirs to some properties as the owners have died or migrated.