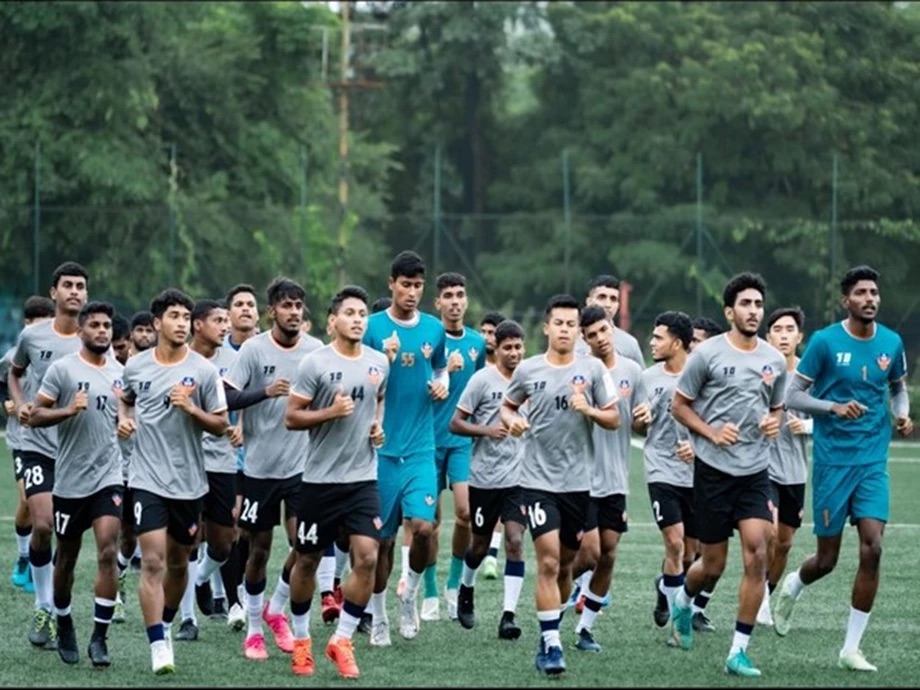 FC Goa won the hearts of fans last year with their stellar performances in the Durand Cup. Braving the odds, the Gaurs wrapped up their Durand Cup 2021 campaign unbeaten and lifted the trophy for the first time in their history – becoming the first ever Indian Super League (ISL) side to do so. And now, with the 131st edition of the prestigious tournament kicking off in less than a week’s time, the Boys in Orange are all set to defend their title. They will face last time’s runners-up Mohammedan SC in the tournament opener on August 16

The story this time, though, is pretty different as a young-looking FC Goa side look to defend the honours. And even with the tag of ‘defending champions’ firmly on their back, the team’s head coach Deggie Cardozo maintains that it will not be something that will be the cause of any pressure ahead of their upcoming campaign. “I would not say there is any ‘added’ pressure as such, given the tag of ‘defending champions’. Our top objective, of course, is to try and bring back the trophy home and we have been preparing for the same as well. The team is in good shape, and the players are eager to show everyone what they are capable of,” Cardozo stated at the pre-tournament press conference on Thursday.

Drawn in Group A, FC Goa will take on Bengaluru FC, Jamshedpur FC and Indian Air Force apart from Mohammedan SC in the Durand Cup 2022 group stage. “Without a doubt, these are strong teams. However, we would like to keep the focus on ourselves and what we can do. We will be taking things forward one game at a time and one opponent at a time,” the coach said, when asked about FC Goa’s chances in the tournament.

As many as 22 players from the FC Goa Dev Team have been called up for the Durand Cup, by virtue of their performances last season in the Goa Pro League and the Development League among other competitions. “The players did very well last season. At one point in time, we were playing multiple competitions simultaneously and still managed to hold our fort quite well. It is by no means a small achievement to finish among the top teams in the GPL, the DL and the GFA TACA Goa U20 First Division League, so they completely deserve this opportunity,” Cardozo, who was also their head coach, said.

“The Durand Cup could be a stepping stone for them to the first team, and I am hoping they use their chances well,” he added. 20-year-old Muhammed Nemil was one of the biggest finds for the Gaurs last year. With four goals and two assists in the Durand Cup 2021, Nemil spearheaded FC Goa’s title-winning run in the tournament.

“Last year’s Durand Cup was one of my most memorable times as a footballer. I was able to perform well and later, that gave me a spot in the FC Goa first-time. It had been a long-term dream to play in the ISL, and Durand Cup helped me achieve that,” Nemil said. “I am happy to be back now as the team prepares to defend the title. I will surely give it my all and will work harder than ever before to help my team get great results,” he added.

The Kerala-born lad is one among only four first-team players – the others being Hrithik Tiwari, Ayush Chhetri and Phrangki Buam – to make it to the Gaurs’ Durand Cup squad. Upon being quizzed whether that means an added responsibility, Nemil was quick to laud his teammates. “We all are basically of the same age group, and all of my teammates are really good at the game. We are learning from each other, helping each other out and working together in the hope of enjoying success also as one single unit,” he signed off. (ANI)