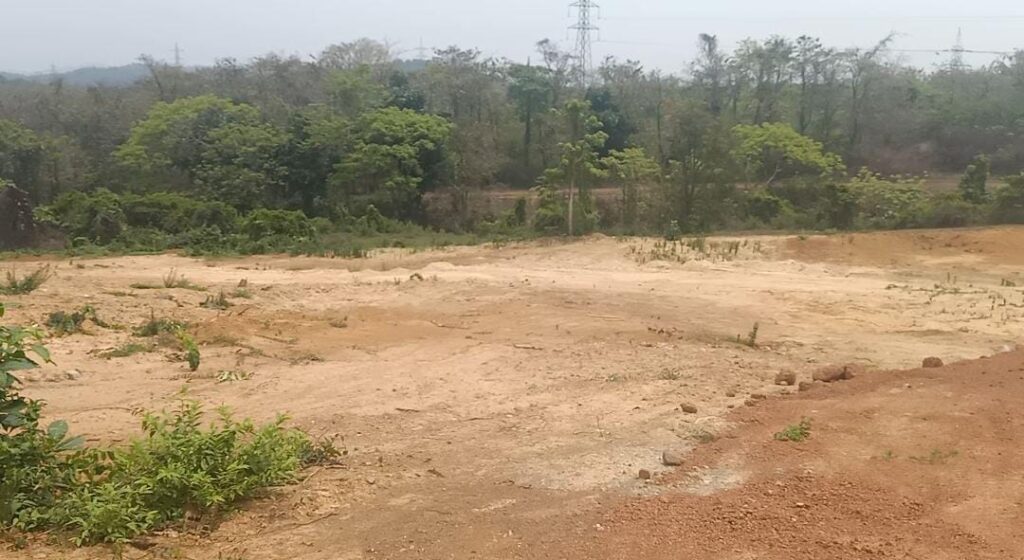 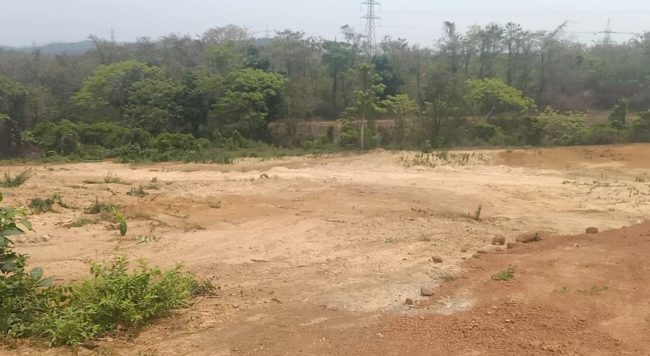 CURCHOREM: Xeldem talathi reports state that ‘no hill cutting’ at Nirmal Nagar in Xeldem has taken place. The talathi reports further raise numerous questions. Ex-Sarpanch of Xeldem is firm on his claims of hill cutting and land levelling.
The Nirmal Nagar Xeldem hill cutting is no normal thing, and interestingly, now the inspection report submitted by the Xeldem Panchayat talathi says that no hill cutting has taken place at Nirmal Nagar, which raised the question marks over the serious claims made by the former Sarpanch of Xeldem Pramod Desai.
When contacted, Pramod Desai said he was firm on his claims and allegations. Desai said there is a clear cut fact that hill cutting and levelling of land have taken place.
“I feel there is a fault in the talathi’s inspection report, and I don’t know why the report says otherwise when it is visibly clear that illegal hill cutting has taken place. I will also question the Chandreshwar Bhoothnath temple committee members as to why they are tight-lipped when the access road to this property is under the Devasthan committee,” he said.
When contacted Nilesh Dhaigodkar, Deputy Collector Quepem, he said that the Mamlatdar will be sending his reply to me about that report of talathi.
“If I find anything about hill cutting, appropriate action will be taken,” he said.