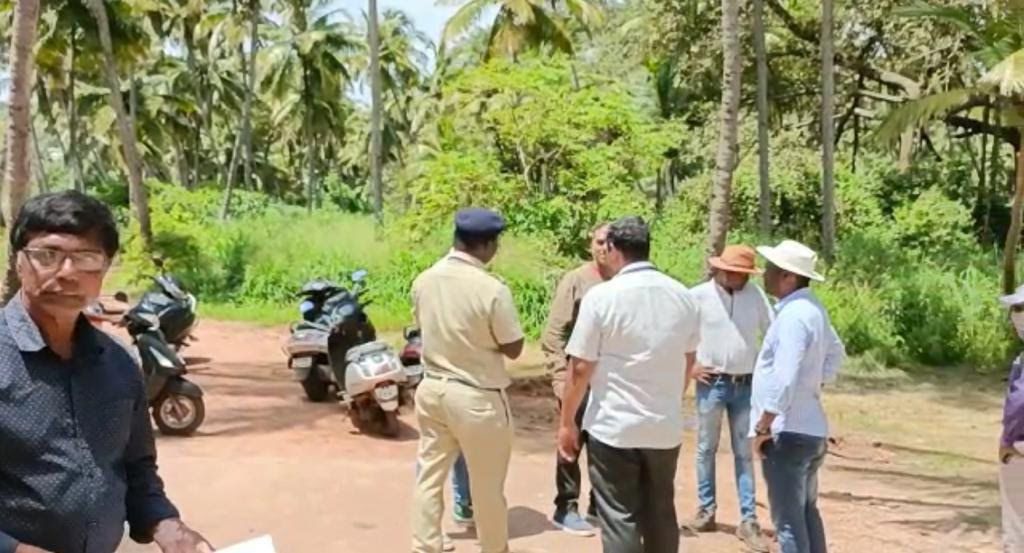 Goemkarponn desk
PANAJI: After being shooed away from Velsao beach during the survey, the Department of Tourism has informed that they have no plans of disturbing fisherman’s huts.
The department, in a clarification issued here, said they are receiving many complaints from the officials posted at various beach stretches across the State of Goa as to encroachments on various beach stretches by unknown persons.
“Considering the cognisance of the reports received from time to time, the matter was submitted to the Government for seeking appropriate orders to resurvey the entire coastal belt (beach stretches) from Keri to Canacona to ascertain the encroachments to it, if any. The Government approved the proposal to undertake the survey work through the Office of the DSLR,” it said.
Accordingly, the department added, the survey work has commenced as contemplated, and five teams have been formed for the said purpose to carry out the survey works simultaneously across the beach stretches. “The survey work instituted w.e.f. September 12, 2022, It may be recalled that a detailed survey was undertaken by the Department of Tourism somewhere in the year 2011 through the Office of the DSLR, and after culminating the said exercise, boundary stones were installed at various points demarcating the beachside and private lands,” the department says.
Further, it says, of late, it was observed by the Department of Tourism the boundary stones installed in the year 2011 have been either removed or shifted to some other places by some unknown persons. As a result, the Department of Tourism faced difficulty in ascertaining the beach property as well as private lands, which could further affect the implementation of guidelines as stipulated in the Goa Registration of Tourist Trade Act, 1982, Tourism Shack Policy, Watersports Policy etc.
It has been observed by the Department of Tourism through various media platforms that there is apprehension and anxiety in some people’s minds that the survey work would affect their property. However, the Department of Tourism seeks to clarify that the survey work is being carried out to identify the beach area and encroachments, if any, and action will be initiated against the encroachers determined only after confirmation of the same by the Office of the DSLR and those owners who have not encroached on Government land (beach area) will not be affected in whatsoever manner. There is no proposal to remove the traditional fisherman huts etc., unless these structures are a violation of law and rumours are being spread by certain vested interests regarding the survey work. The Department will complete the survey in the shortest time and any attempts to block the survey work shall invite strict legal action. The public may note, and an appeal is made not to fall prey to rumours and false statements being made in certain quarters, the department said.