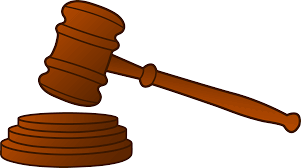 PONDA: Ponda Police registered an offence against Gaurav Bhikaji Kamat and his wife Kanya Kamat r/o Sapna Park Bethoda Ponda Goa for abusing Milly Andrade Special Judicial Magistrate, Ponda Goa.
Police received a written complaint against the accused.
According to Ponda PI Vijaykumar Chodankar, the incident occurred today morning at JMFC Ponda.
The brief fact of the case is that both the accused persons, with their common intention, abused the complainant lady and her staff and started banging on her table, thereby obstructing her while discharging her lawful duty as a special judicial magistrate when the accused person Gaurav Kamath had appeared before the court in connection with regards of his offence for violation of traffic rules.