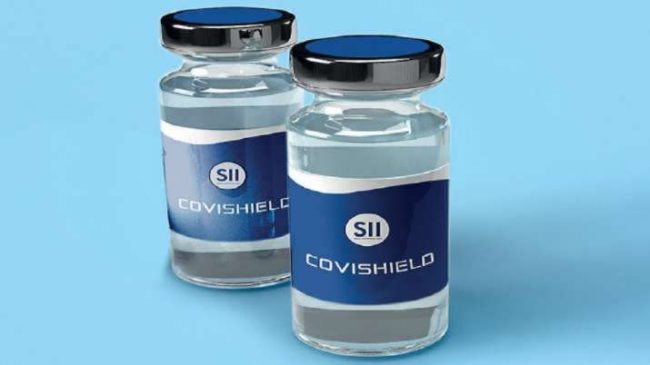 New Delhi: The Oxford COVID-19 vaccine manufactured by the Serum Institute of India will be sent for approval to the regulator Drugs Controller General of India (DCGI) by a government-appointed panel of experts.

The Serum Institute of India (SII) is making the vaccine Covishield developed by Oxford University and pharma major AstraZeneca, while Bharat Biotech has partnered with the Indian Council of Medical Research (ICMR) for its Covaxin.

The meeting of the expert panel is going on. The two groups had made presentations before the panel on Wednesday. Pfizer had sought more time to present their data.

The centre is looking to start giving vaccine shots from this month, once the vaccine is cleared for a final time by the DCGI.

A dry run for vaccination is scheduled in all the states tomorrow.

Health Minister Harsh Vardhan will monitor and analyse the dry run in the national capital. “The preparations are like general elections, where even the booth-level preparations are made. The purpose of the dry run is to be ready for the actual rollout… Potential recipients of vaccine will be informed via SMS. Frontline workers are the priority. After inoculation, digital certificate will also be provided,” the health Minister said.

The expert panel recommending the affordable Oxford vaccine to the drugs regulator is a big development for India in the fight against the pandemic on the first day of the new year, as the country has the second-biggest number of COVID-19 infections after the US. The government plans to vaccinate 30 crore people in India in six to eight months.

The Serum Institute and the government are yet to sign any purchase agreement of the vaccine, though the world’s largest manufacturer of vaccines has said it will give priority to its domestic market. Exports will come later, mostly to South Asian and African nations.

SII chief executive Adar Poonawalla has said the company has made some 50 million doses of the Oxford-AstraZeneca vaccine and plans to roll out at least a 100 million shots by March.

The UK – where a highly infectious strain of the coronavirus was detected – has already approved the Oxford shot, the second vaccine cleared in Britain after Pfizer-BioNTech jabs.

Like the Pfizer-BioNTech jabs, Covishield is similar in requiring two doses but is easier to deliver as it does not need extremely low temperatures for storage. It is also cheap and easy to mass-produce.

Bharat Biotech’s vaccine candidate, Covaxin, showed it was safe and triggered immune responses in an ongoing early-stage trial and is currently part of a late-stage trial.