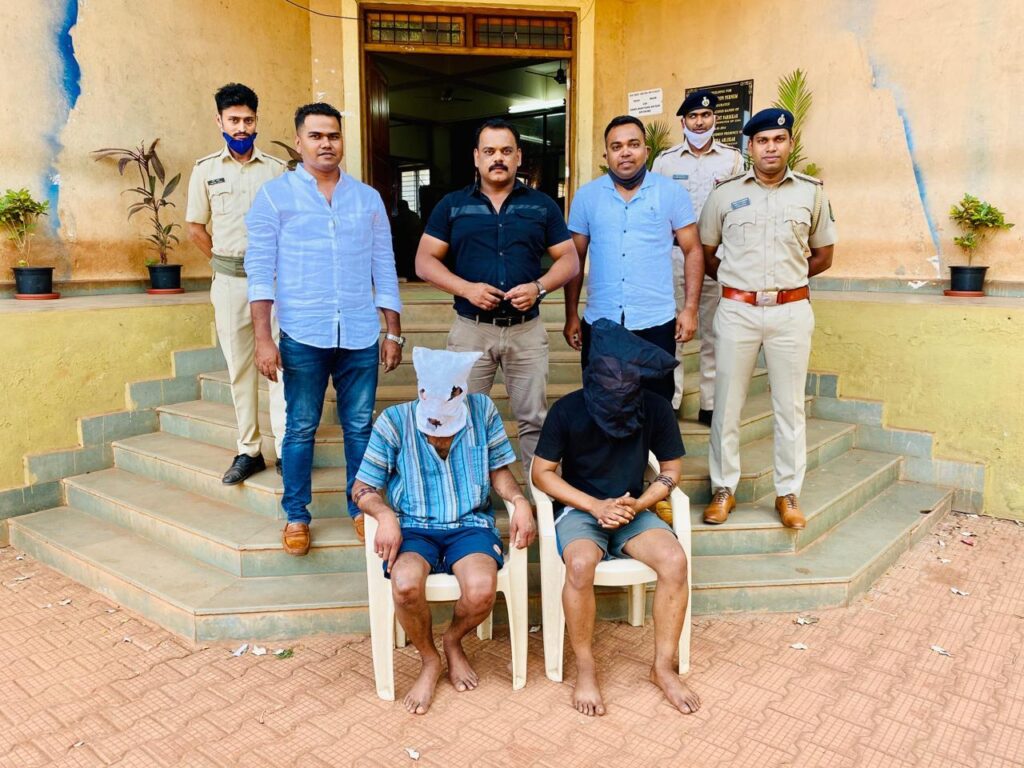 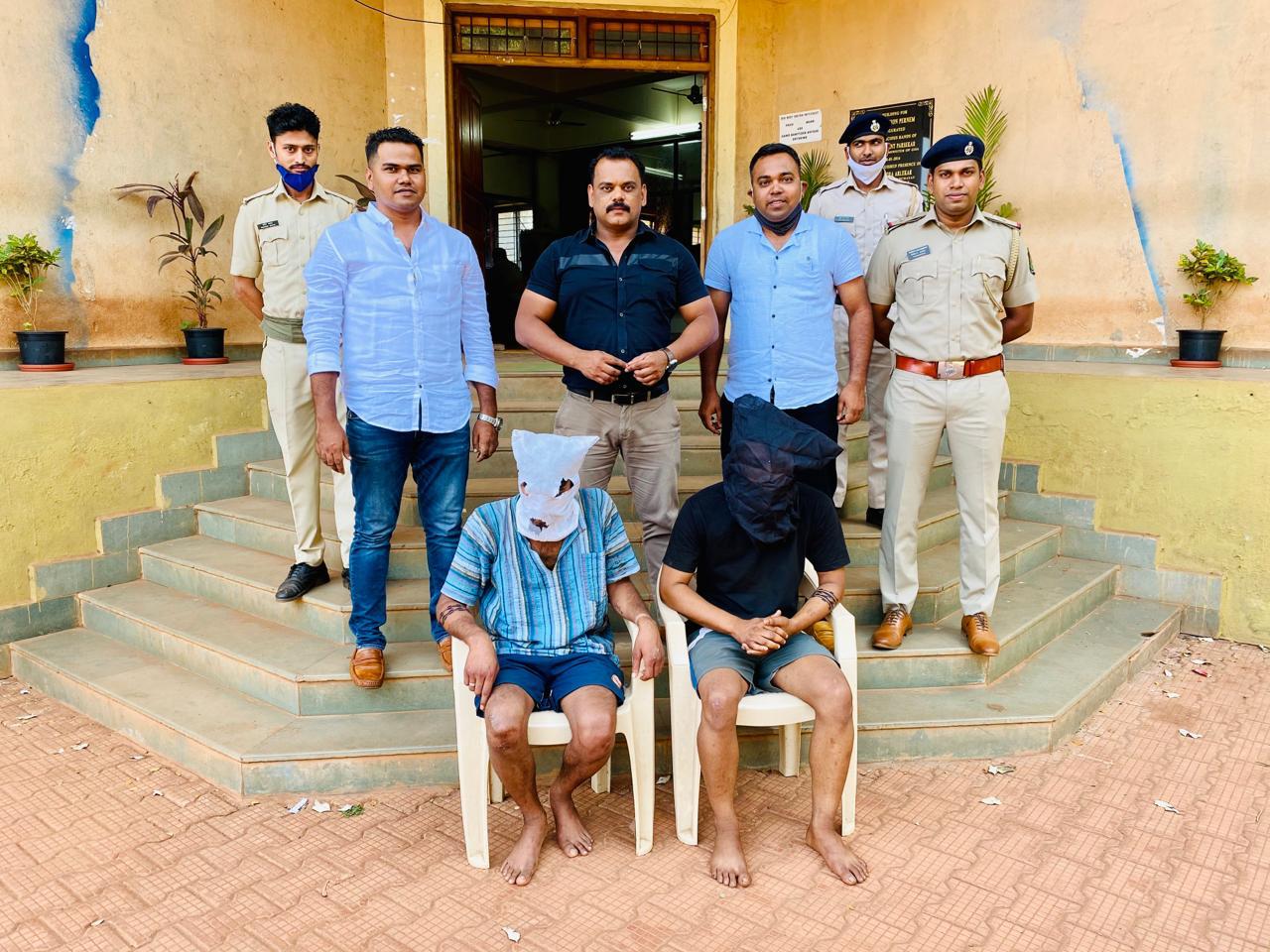 As per PI Jivba Dalvi a call was received from the complainant Mr. Karan Vahi, age 26 yrs, R/o Pedder road, Mumbai that he along with his freind had come for vacation to Goa and further visited Mandrem Beach on 05/03/2021 in evening.

After receiving information the Pernem police launched a massive search for the accused persons, various teams were formed and checked numerous entry points and CCTV footages on the shacks, hotels, resorts etc.

Further police zeroed on one scooter moving suspiciously bearing reg no: GA-11-T-1635 and further traced the accused persons who were immediately placed under arrest under sections 379 R/w 34 IPC. .

Both are cousins. They had come to Goa on 27th Feb . And took bike in rent and were committing theft.

Police have recovered entire stolen property along with the vehicle used for committing theft from the accused persons.

Both accused remanded for 3 days police custody. Investigations are on to find out there involvements in similar offences.