Police action in Melauli violence begins; arrest one, search many others 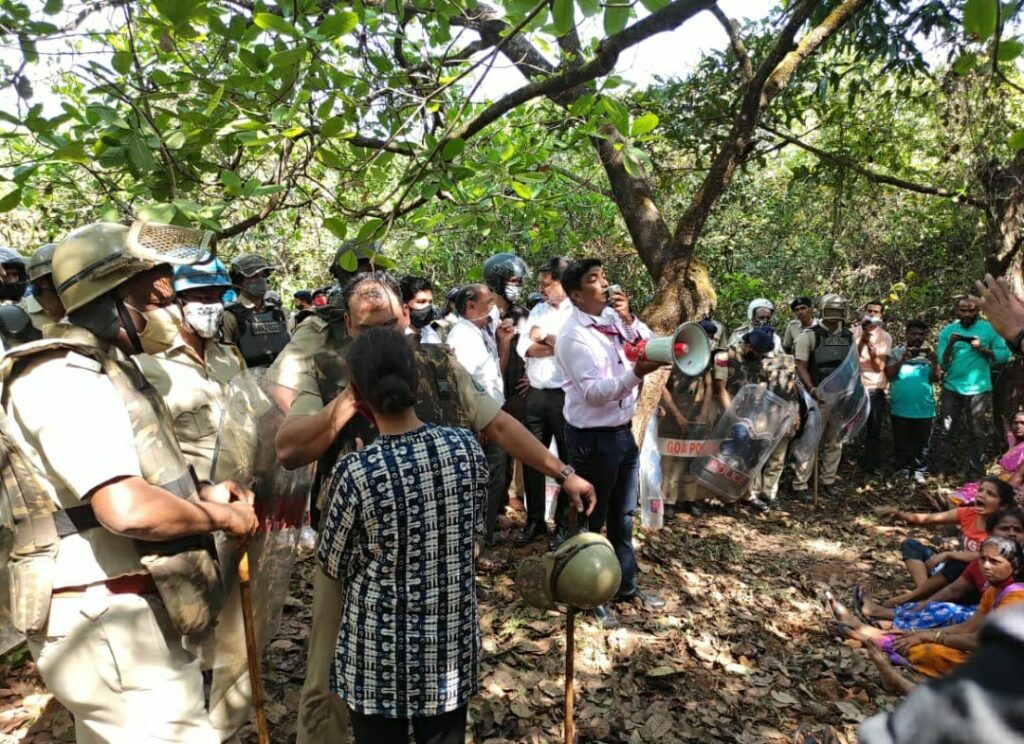 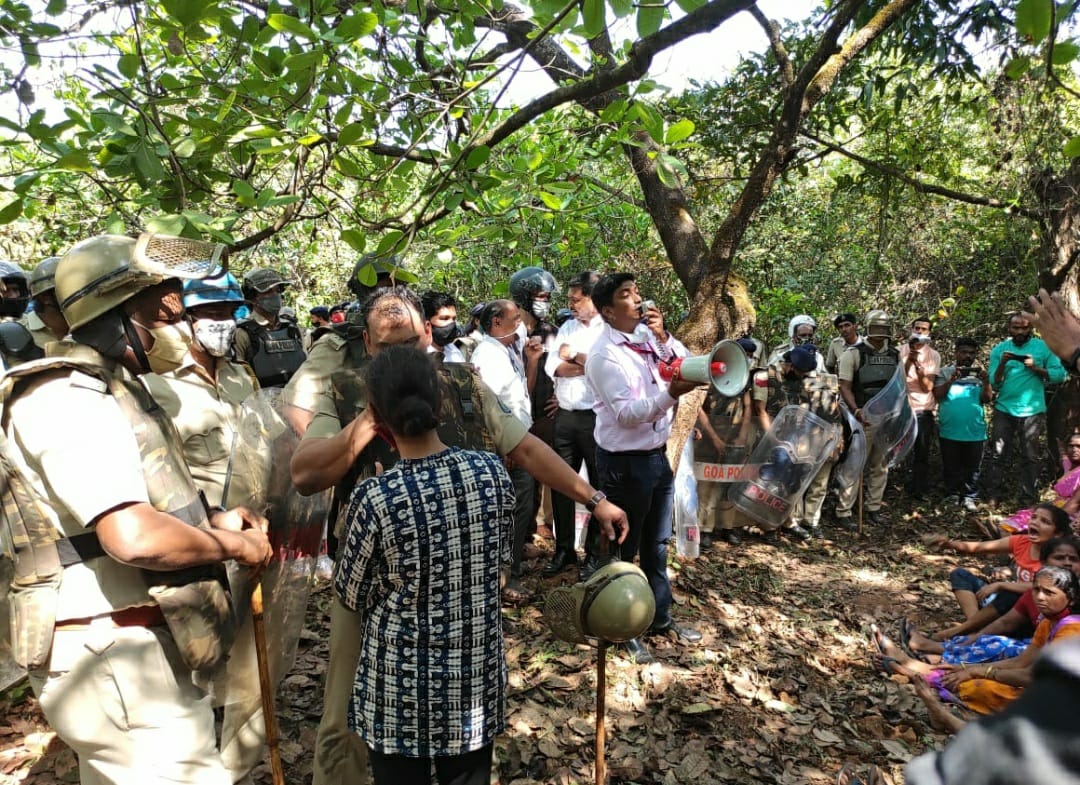 Goemkarponn desk
Valpoi: A day after the violence, Valpoi police registered FIR against Shel Melauli protestors and arrested one Vishwesh Prabhu for assaulting police.
The police have also Lodged a manhunt for Valpoi Congress block president Dashrath Mandrekar alongwith Roshan Desai and Ranjitsingh Rane.
Offense has also been registered against many others involved in the protest.
Leader of opposition Digambar Kamat demanded the arrested person should be released immediately.
“Arrest of Protestors & selectively targeting @INCGoa Functionaries by Goa Police will further escalate the Agitation at Shel-Melauli. I demand immediate intervention of @goacm to release all those arrested so far & withdrawal of all FIR’s filed against Villagers. @DGP_Goa,” Kamat wrote on his twitter handle.