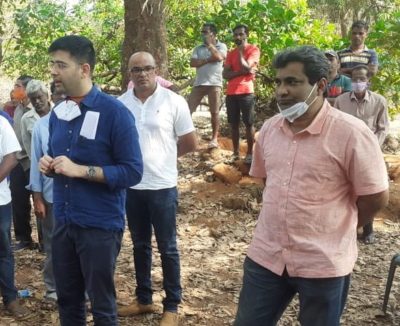 MURMUNE (SATTARI): AAP leader, Raghav Chadda, in a indirect dig at Pratapsing and Vishwajit Rane, said that some political party leaders in Goa are themselves the landlords and do not intend to transfer land to teh people. He also said that there is a need to transfer the land to the people not only in Melavli but in other parts is the state.

Chadda was today speaking at Melavli in Sattari.

“There are some politicians in a particular party who are actually the landlords in Goa. They will never transfer the land to the people but we need to fight back.” he said.