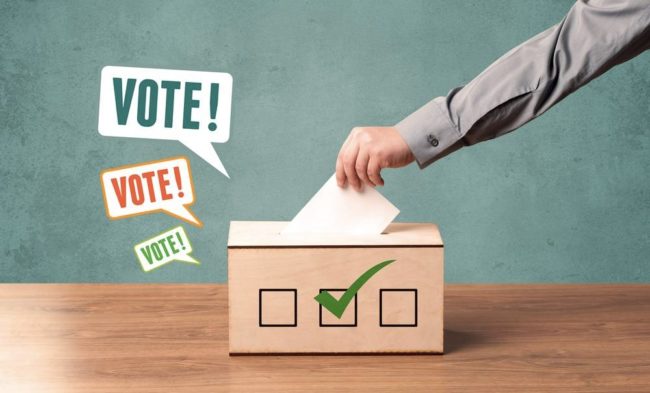 PANAJI: With authorities noticing some political functionaries trying to approach and influence postal ballot voters, Chief Electoral Officer (CEO) today has warned of action against those found influencing postal ballot voters.
“It has come to the notice of the Office of the Chief Electoral Officer that some political functionaries are trying to approach voters on election duty and trying to exert undue influence on them to vote in their favour,” CEO said.
The notice further states that it has been brought to the notice of voters, candidates and all concerned that as per the Representation of the People Act, 1951, Secrecy of Voting Not to be Infringed. Further, the Postal Ballot system is foolproof, and the Voter’s identity can not be revealed from the postal ballots.
“Bribery and undue influence is a form of corrupt practices within the purview of sections 123 (1) and (2) of the Representation of the People Act, 1951, read with sections 171 B and 171 C of the Indian Penal Code 1860, which is a punishable offence in addition to other penalties,” the notice reads.
Therefore, all concerned are warned that strict action will be taken against the violators if, at any point in time, any person is found influencing and/or intimidating any voter. Similarly, if any voter demands any gratification for voting through a postal ballot, strict action under the law and departmental action will be initiated.
“For any specific complaint on the above matter, the general public may write to the Office of the Chief Electoral Officer at email id: ceo_goa@eci.gov.in or contact the Additional Chief Electoral Officer or the District Election Officer/Collectors in person with evidence,” notice states.
On Monday, Goa Pradesh Congress Committee (GPCC) today has filed a complaint with the Chief Electoral Officer (CEO) against PSI Rushikesh Patil, attached to the election cell North Goa for intimidating and forcing police personnel to vote specifically for a political party that is BJP.
“We have received several complaints from our candidates and other sources that PSI Rushikesh Patil, attached to election cell North Goa has been calling various Police personnel and intimidating /forcing them to exercise their voting on the postal ballot in his presence and also to a specific political party that is BJP,”
GPCC had requested to place the above name PSI under suspension immediately and conduct a thorough enquiry, including verifying his CDR and to take deem fit necessary action as prescribed under the law.
Chodankar alleged that BJP has used ‘Police Wireless Service’ to seek a list of police staff who opted for postal ballot.