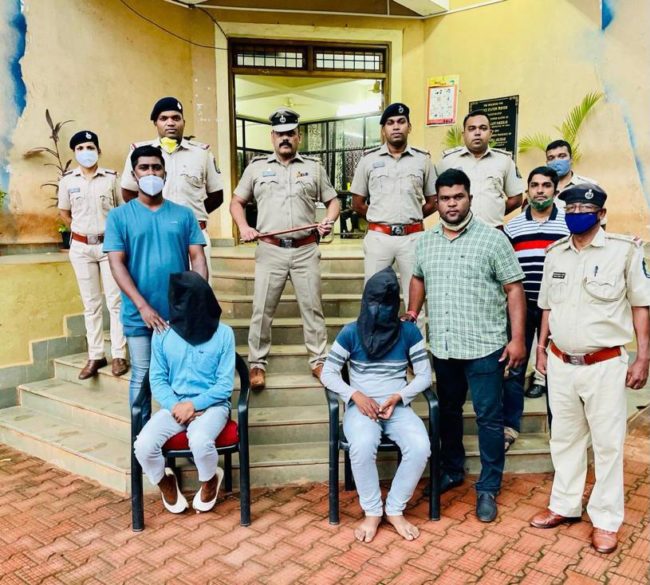 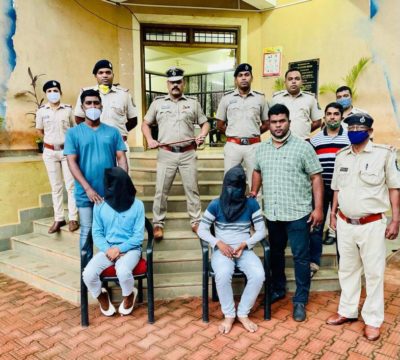 Pernem Police received a complaint from one Mr. Shri Mr. B. Ajith Kumar, age- 22 From Chennai that he was waylaid by two unknown male persons and two unknown female persons in one car from Dabolim Airport on pretext of dropping him to Hotel room at Ponda and further he was taken to Pernem Goa where he was assaulted with fist blows on his head and cash Rs. 2000/-, his wallet and luggage bag containing documents was robbed from him. The accused also threatened the complainant with dire consequences to kill and was beaten up and made him to transfer Rs. 22,000/- to one of the accused through Paytm.

Immediately after the registration of offence, various teams were formed to trace the accused persons and white colour vehicle used by them. Through extensive technical surveillance and human intelligence the car was identified leading to identification if accused as Deependar Singh, S/o, Suresh Prasad, age 20 yrs R/o. Majhiyari, Madhya Pradesh. Accordingly team led by PI Jivba Dalvi proceed at Calangute and Deependar Singh was detained from Calangute along with White Colour Swift car bearing No. GA-11-A 5222.

During course of investigation Deependar Singh disclosed the names of other associates/co-accused persons involved in this case as Miss. Jyoti Pralhad Soni, Miss. Anjilika Mukesh Jaiswal and one Mr. Biki Barik. All accused were thereafter apprehended.

During course of investigation Pernem Police Successfully obtained Modus Operandi of the gang wherein it is learnt that one of the accused had posted his phone number on Google search engine for booking hotels in Goa. The complainant who was scheduled to visit Goa for answering his exam obtained this number when he searched for helpline number for booking hotels on internet he found the accused phone number.

The Police successfully recovered the bag belonging to the complainant containing his documents which was stolen by the accused persons The car used in the crime was also recovered.

The investigation was carried out under by Police Inspector Shri. Jivba Dalvi, SDPO Mapusa Shri. Gajanan Prabhudesai under the supervision of SP North Shri. Shobit Saxena