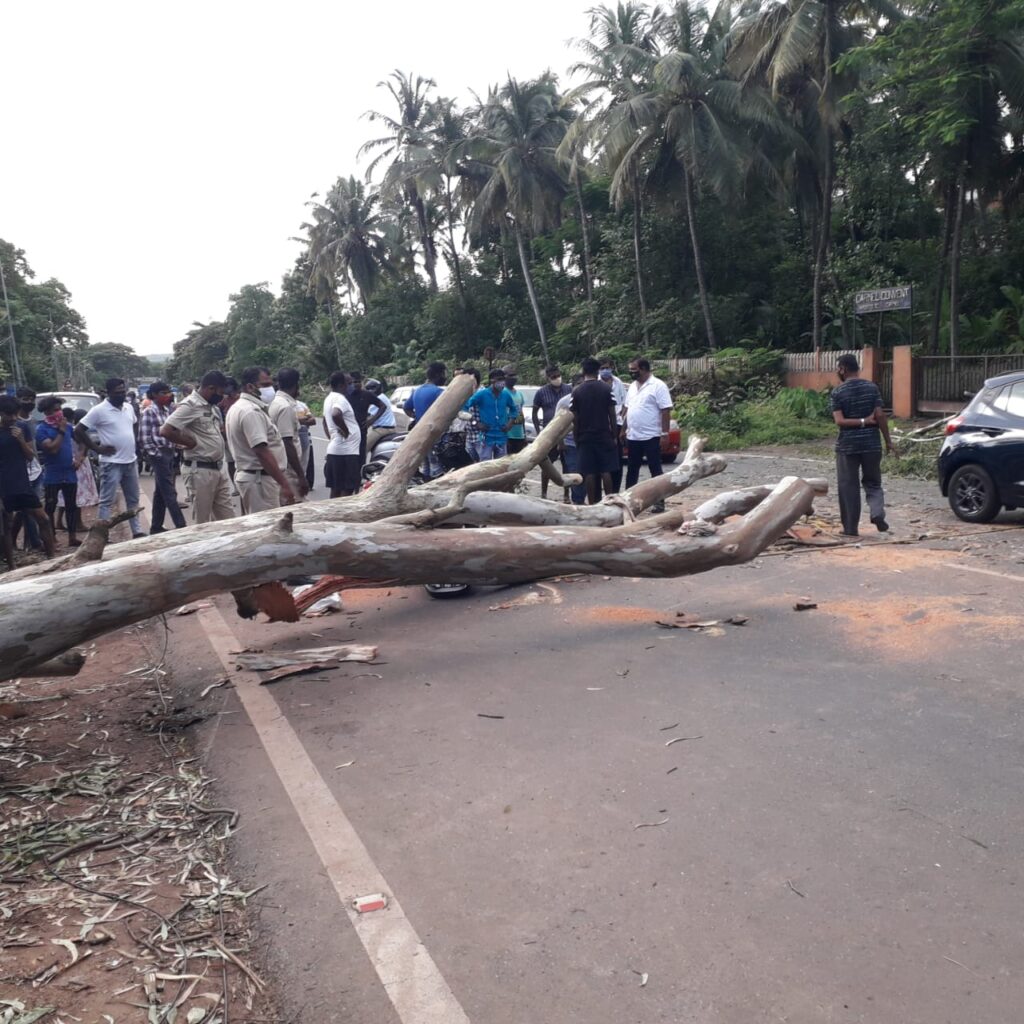 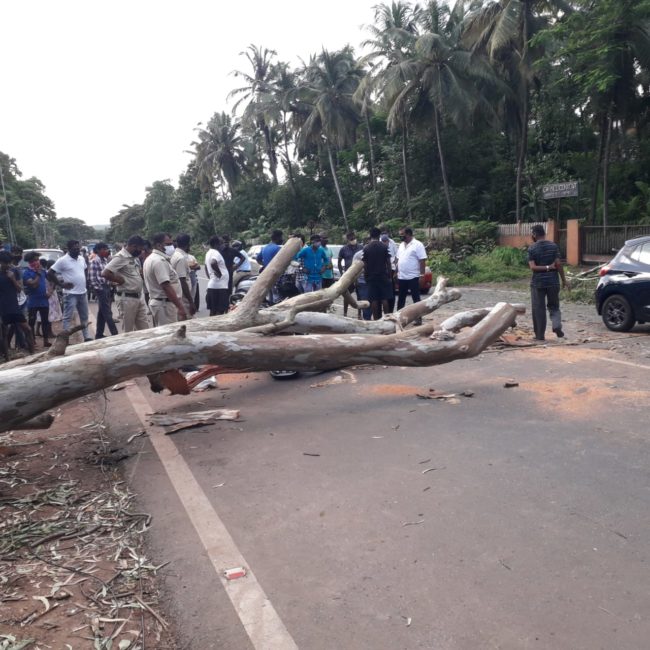 NUVEM: Negligence on part of PWD personnel led to the death of one youth from Nuvem.

25-yr-old Richard Costa was crushed under a falling tree which was cut by PWD personnel on highway near Nuvem.

Richard was on the bike when the accident took place.

Agitated People of Nuvem have demanded immediate action against those responsible for the negligence.

PWD Highways division was on a routine job of trimming and cutting roadside trees that were posing danger to traffic.

People alleged that police was posted to stop traffic only one one side while there was no one to alert the commuters on the other side.

The contractors cutting the tree fled from the scene.