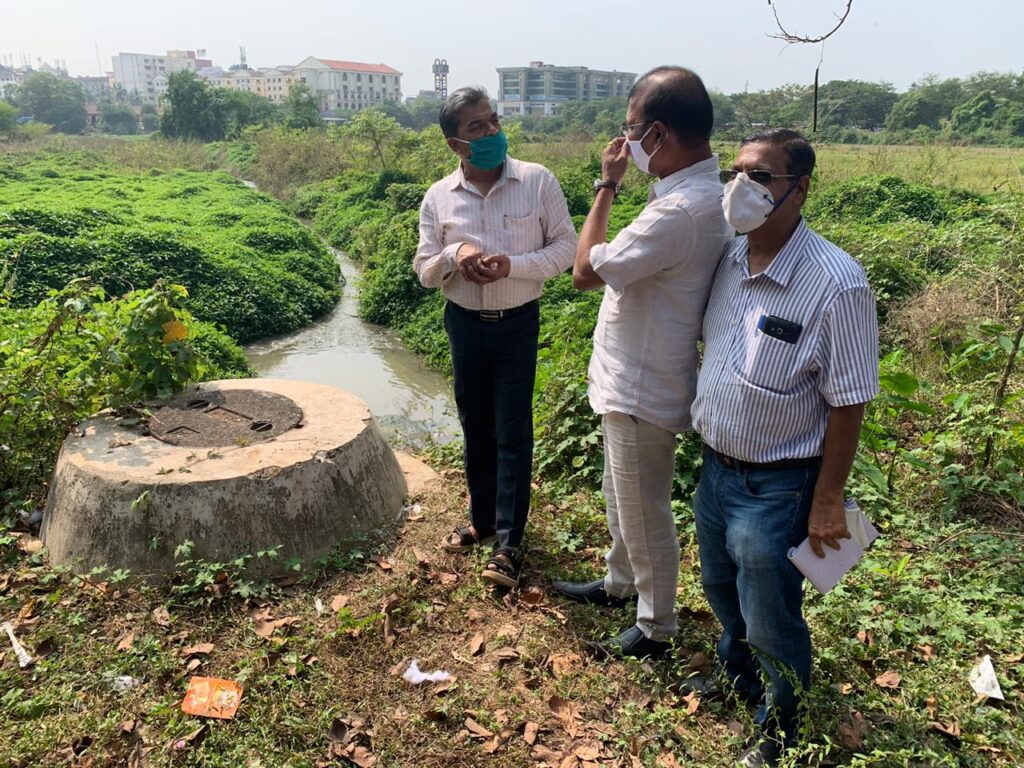 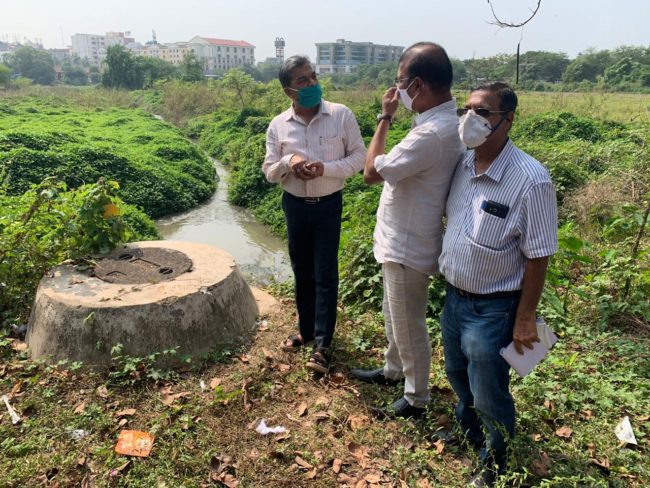 Margao:
Sewerage problem of Margao and surrounding will be solved by December 2021, says PWD Minister Deepak Pauskar after inspecting Sewage issue at Fatorda.

Pauskar further said that the special meeting of officials have been called to discuss the technical problem and difficulties faced by officials regarding sewerage issue throughout Navelim, Fatorda and Margao on coming Tuesday.

Speaking to media Naik said “I received many complaints regarding the open flow of sewerage in the fields and bad smell by local residents. I assured them to take issue with PWD Minister and solve the problem. I am hopeful department will solve and relief will be given to residents as fast as possible.”