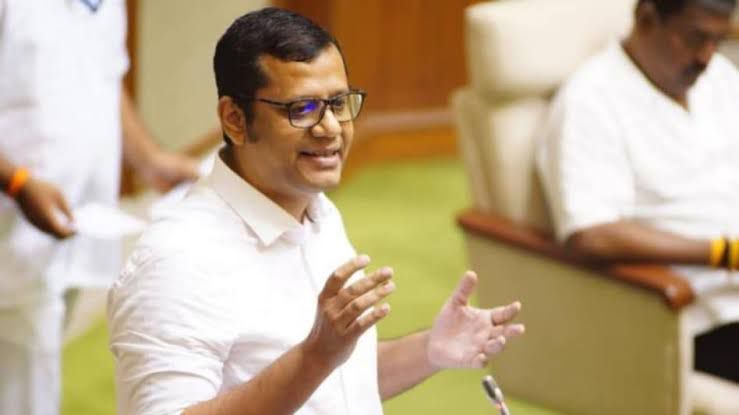 Goemkarponn desk
MARGAO: “Our leader Rahul Gandhi has a blood relation with Mahatma Gandhi, who shed his blood for India. Rahul Gandhi’s grandmother Indira Gandhi also shed her blood for the Country. Indian soil has the blood of Rahul’s father, Rajiv Gandhi who was brutally assassinated. Rahul Gandhi has blood relation with Mother India,” stated Leader of Opposition Yuri Alemao.
Reacting sharply to the statement made by Chief Minister Dr Pramod Sawant at Margao stating that Rahul Gandhi has no blood relation with Mahatma Gandhi, Opposition Leader Yuri Alemao shot back at the Chief Minister, claiming that Rahul Gandhi and Congress Party follow the ideology of Mahatma Gandhi who shed his blood for India.
“Our leader Rahul Gandhi follows the teachings of the Father of the Nation, Mahatma Gandhi who sacrificed his life spreading the message of brotherhood and inclusive India. Rahul Gandhi toes Mahatma’s path of compassion, eschewing any form of vengeance on his father Rajiv Gandhi’s killers,” said Yuri Alemao.
“Our former Prime Minister Indira Gandhi worked tirelessly for United India. She faced bullets while serving the nation. The country will never forget the Iron Lady of India,” claimed Yuri Alemao.
Chief Minister Dr. Pramod Sawant should look at the results of the elections of Chairpersons of Nagpur Panchayat Samitis. The Congress Party won nine out of thirteen posts of Chairpersons and eight out of thirteen posts of Deputy Chairpersons. This is the beginning of the end of BJP regime in India. It started from Nagpur, which happens to be the Headquarters of RSS. Rahul Gandhi’s “Bharat Jodo Yatra” shows results, Yuri Alemao said.
Congress functionaries are followers of Mahatma Gandhi’s humanistic values & respect for diverse cultures & lifestyles. We are taught to respect every religion and spread communal harmony. We believe in unity in diversity, and protecting Idea of India is our priority stated Yuri Alemao.