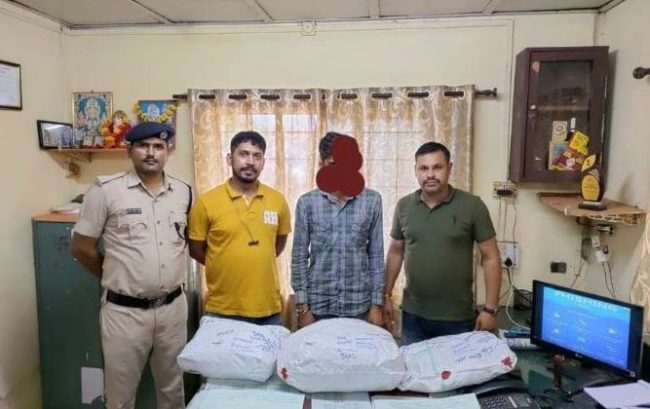 MARGAO: RPF and NCB, in a joint operation, have arrested one person in possession of 4.3 kgs of ganja and 2 pistols with 18 live rounds at Madgaon Station.
Based on specific input from NCB Goa, a joint operation was done by RPF Madgaon with NCB Goa in which one accused, namely Thanaram s/o Kesharam r/o Barmer Rajasthan, was arrested from train 12780 NZM- Vasco, Goa express at Madgaon station on Wednesday.
The accused carried 4.3 kgs of ganja and 2 pistols (0.32mm), and 18 live rounds with him.
After proper seizure and panchnama, the accused has been produced before court by NCB.
During investigations, the accused, hailing from Barmer-Rajasthan, has no license to carry arms and ammunition, and these are illegal.
As arms were also detected, the Konkan railway police also visited for taking further legal action.