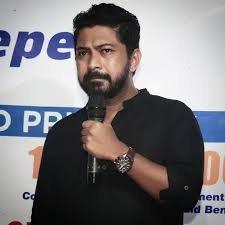 Goemkarponn desk
PANAJI: Revolutionary Goans Party (RGP) Chief Manoj Parab has demanded the immediate scrapping of the new Town & Country Planning (TCP) Act.
“This new TCP will finish Goa and Goans. We will protest outside the TCP office on Sept 23, demanding to scrap this controversial TCP Act. Minister Vishwajit Rane has been only doing drama; there is no action whatsoever on any person doing illegalities,” said Manoj Parab.
He further said that amendments will have a catastrophic effect on the infrastructure, demography and economy and greatly impact the environment of the villages and cities.
They said that road width amendments would create a huge traffic load and put pressure on the basic infrastructure of every village or community.
Concerns were also raised about the proposed modifications in the regulations for agricultural zones and open spaces, given their effect on cultivable lands, land use and climate change.  The plan to introduce a special commercial business district with 400 FAR was also opposed.
Recently, in a bid to implement the amended Goa Land Development and Building Construction (Amendment) Regulations 2022 Act, the State government invited public suggestions and objections within 30 days to finalise the draft regulations.
RG opposed the move of the Town and Country Planning (TCP) Department, stating that the government wants to destroy Goa by implementing the amended Act.
There has also been a major concern about the proposal to allow golf courses and farmhouses in hitherto green zones, given the amount of water that will be wasted.