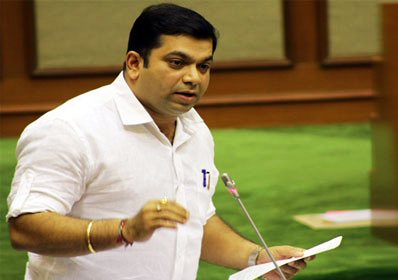 In a letter to Governor, Khaunte has also requested Governor to take charge of the deteriorating situation in Goa, so that the learned decisions will replace the inopportune, misguided and highly negative decisions of the Goa Government

“i am proposing the pressing necessity of an early Assembly Session to strengthen the lagging democratic & administrative process in Goa,” he said.

Khaunte charged that there’s an absolute lack of empathy for the Goan cause on Goa-centric issues that’s distancing the population from the Government.

In his letter, the former Minister has pointed out various and continuous instances of Administrative Failures of the government.