Sanitation issues crops up at demolished fish market at Sanvordem 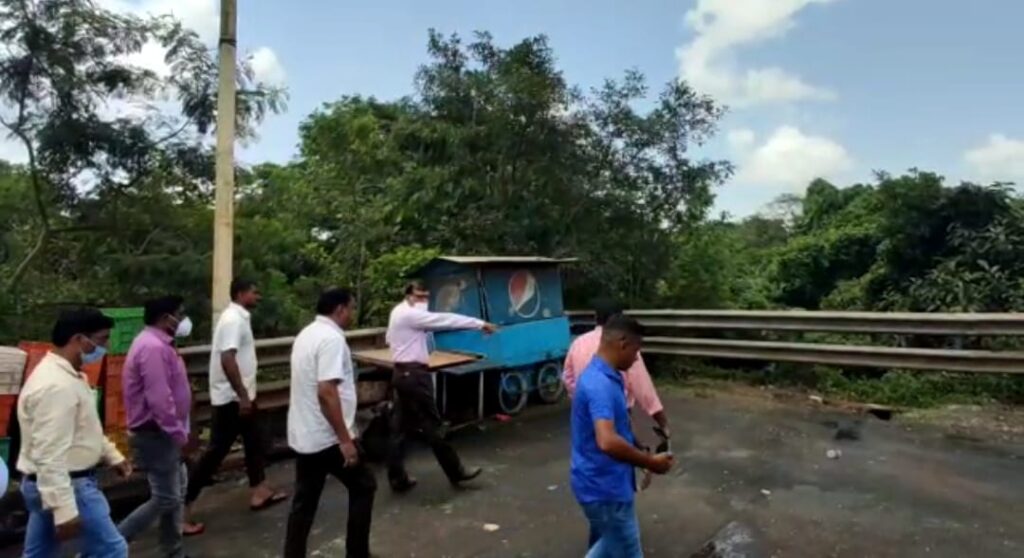 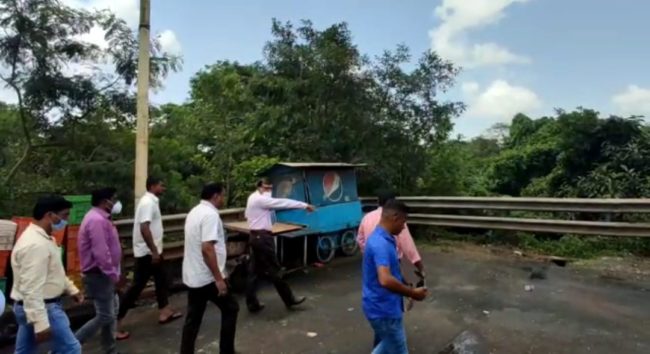 SANVORDEM: After the PWD department demolished illegal fish market near Sanvordem bridge, the health department was seen in action after they received complaints against the fish market regarding the sanitation issue.

The health department on Tuesday was in action after they received complaints against the fish market regarding sanitation and plastic waste garbage being littered in this area.

As per the sources, there were some complaints that dirty water is being released into the river and also plastic and waste garbage dumped near the road.

Over this complaint Health officer ,sanitary officer and Sarpanch of the Sanvordem panchayat inspected site near bridge where the illegal market existed before.

While inspection the officers told that they found lot of waste garbage,plastic thrown on road side and also dirty water is being released down the river, said Mohanrao Desai of Curchorem Health centre.

Further, Health officers have given strict direction is given to the vendors and panchayat regarding this issue,and ask them clear this mess as soon as possible.

Further panchayat has been asked to make proper arrangements for disposal of waste if they are allowing this business.

Sarpanch of Sanvordem panchayat Sandip Pawaskar said that panchayat has been always telling vendors to keep the surrounding clean and every day panchayat collect plastic from this area.