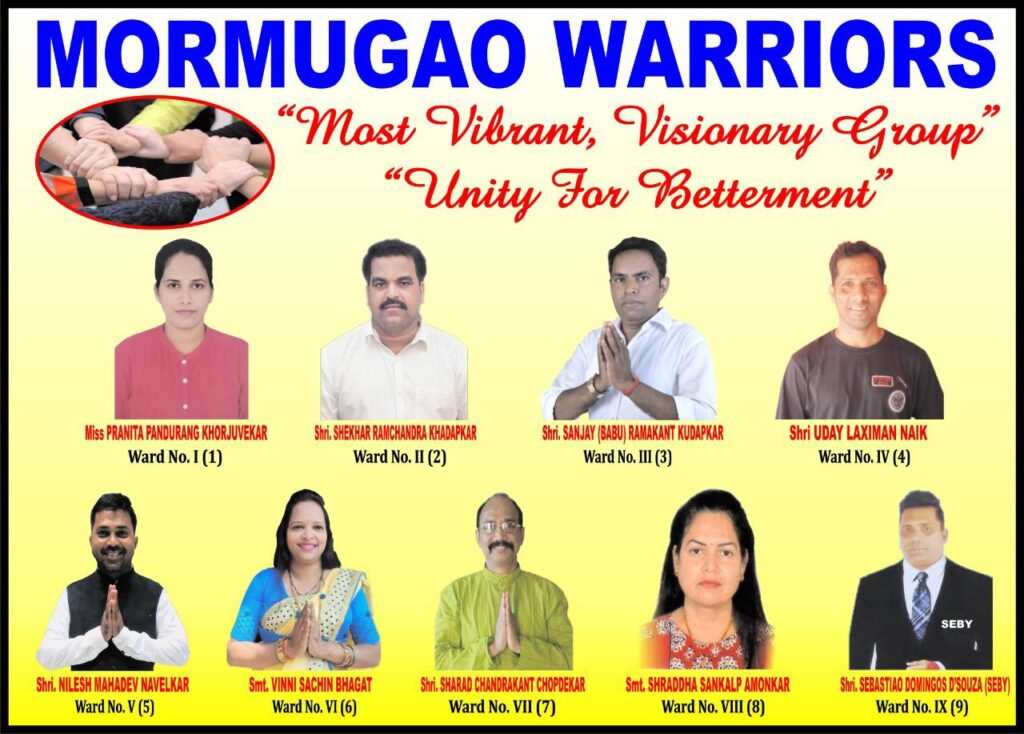 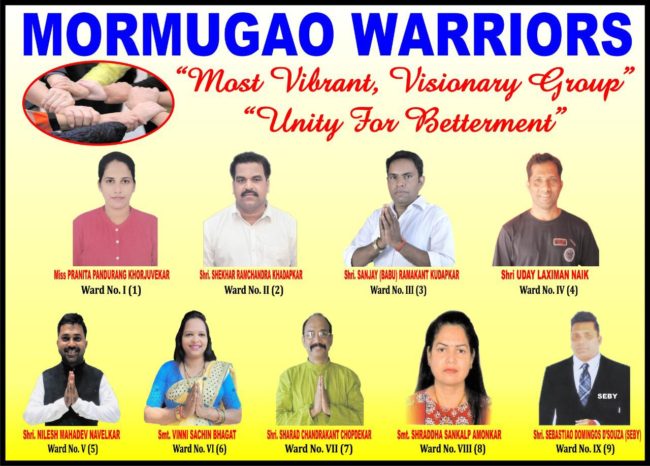 The panel has two former MMC Chairpersons – Shekhar Khadapkar and Sharad alias Nitin Chopdekar. The panel also has three former MMC councilors on it with a track record of good performance. Besides, there are three women candidates on it.

Amonkar said that the panel is dedicated for the development of Mormugao Assembly constituency and its people.

He criticized Urban Development Minister Milind Naik for not reserving even a single ward from ward no 1 to 9 for women.

Morever, he said, Naik’s panel do not have any single women candidate from ward no 1 to ward no 9, indicating that the minister is against women empowerment and does not have faith in women to perform as elected representative.

Amonkar said that all the nine wards, besides being classified as open category, would be represented by women in three places on “Mormugao Warrior” panel.

“We believe that women can perform on par with men when it comes to ruling the council. Our representation to women are based on their merit and performance criteria,” he said.

Amonkar said that the people of Mormugao constituency will defeat the Naik led panel which is trying to win the elections by manipulations.

“People are not fools not to notice the way Naik has been trying to get backdoor entry in the municipality. His attempts would be foiled,” Amonkar said.

He said that his panel is waiting for the Supreme Court verdict tomorrow and expressed confidence that the Apex Court will correct all the wrongdoings of the ruling government.