SAWANT’s INFATUATION with the word 100 percent 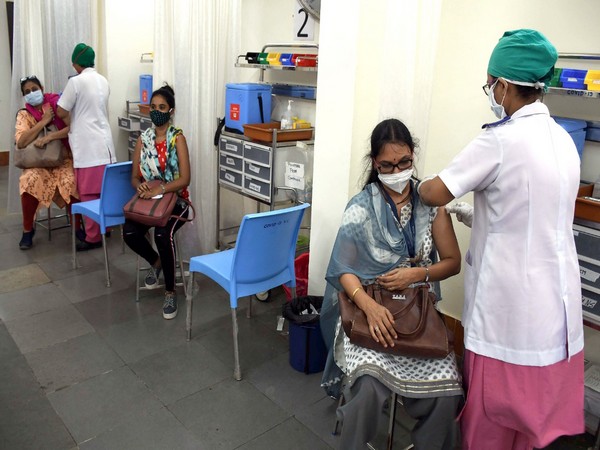 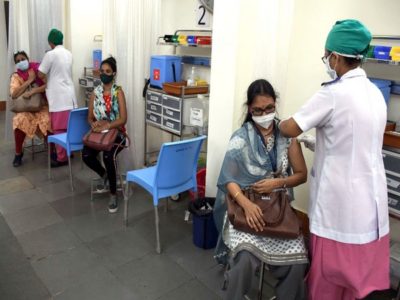 PANAJI: The Chief Minister has been caught red-handed yet again, this time on the 100 per cent vaccination free.
Somehow, the chief minister has got the knack of telling lies, and the worse still is teh Central BJP leaders falling prey to such lies.
In the last two and half years, Sawant has lied thrice on the critical issues as if he is racing against time to achieve something.

Open Defecation Free
In August 2019, the State government on Saturday declared all village panchayats as ODF.
Panchayat Minister Mauvin Godinho said the government has provided adequate toilets to the panchayats, including community toilets, to discourage people from defecating in the open.
In a letter to all sarpanches, Sawant informed them that the State government has taken sincere efforts towards achieving the “Open Defecation Free” status for all village panchayats under the Swachh Bharat Mission (Gramin) Scheme of the Ministry of Jal Shakti.
But teh CMs lie was caught red-handed as Goa was far from achieving this.

Har Ghar Jal 100 p.c
A year after teh ODF mess, teh chief minister again said Goa is the first State to supply a hundred per cent drinking water through taps to every household.
The CM said Goa has earned itself the unique distinction of becoming the first ‘Har Ghar Jal’ State in the country. It successfully provides 100% Functional Household Tap Connections (FHTCs) in the rural areas covering 2.30 lakh rural households.
Harnessing the immense benefits of efficiently utilising the Jal Jeevan Mission (JJM), which aims to improve the quality of life and bring ‘ease-of-living’ to rural communities, the Chief Minister of Goa, Shri Pramod Sawant, announced that all rural homes in the State now have a tap water supply. The State’s commitment and brisk efforts have ensured the advancement and achievement of targets well before time.
In June 2020, the Union Minister of Jal Shakti, Shri Gajendra Singh Shekhawat, wrote to the Chief Minister of Goa expressing his happiness on the State’s Annual Action Plan (AAP) to provide 100% Functional Household Tap Connections (FHTCs) in rural areas by 2021 and extended full support for the implementation of Mission reiterating that providing potable water is a national priority for the Union Government.

Now hundred p.c vaccination…
Just a day ahead of Ganesh this year, Chief Minister said that Goa has achieved the distinction of 100 p.c first dose vaccination of COVID19.
This lie has again been caught as for a total population of 15 lakhs, 16.44 lakh vaccines have been administered.
6.82 lakh population has taken the first dose, and 4.82 lakh have taken the double dose, which means 11.6 lakh citizens have taken at least one vaccine.
Interestingly, sources in the health department suggest that at least 2 lakh migrant workers, a floating population from Maharastra, Karnataka, Bihar, Uttar Pradesh and Jharkhand, have taken vaccines in Goa through their industries.
Besides, hundreds and hundreds of celebrities have opted to take the jabs in Goa. This means that only 9 lakh Goans have taken one jab. So what happens to the six lakh citizens? Maybe around 2 lakhs are abroad, and another 2 lakh is the kids between the age of 1 to 18.
Still, Goa has at least 2-3 lakh more people yet to be vaccinated.
Sources now say that the CMs claim of 100 p.c vaccination restarts tourism and the casino industry.

Is Pramod Sawant next?

Four CM’s changed… Is Sawant next?

PANAJI:Confusion and tension prevailed in the political circles in Goa as the Bharatiya Janata Party changed yet another CM in the saffron-party ruled state.

It is being said that the Sword of Damocles also hangs on the head of Goa Chief Minister Pramod Sawant ahead of the 2022 Assembly polls.

The Central leadership is unhappy with Sawant with several issues, including the inept handling of COVID19.

Sources in BJP suggest that Union Minister Shripad Naik will replace Sawant as the next CM.

Shripad has already said he is ready to take any responsibility given by the party.

Vijay Rupani has become the fourth BJP leader to resign from the chief minister’s post in less than six months. Rupani resigned from the top position on Saturday after being in power for five years.

His resignation as the chief minister comes 15 months before Gujarat goes to assembly polls in December 2022.

Following this, on July 26, BS Yediyurappa announced his resignation as the Karnataka chief minister after weeks of uncertainty.

With BJP replacing chief ministers in three states in the last six months, several opposition leaders have taken a jibe at the national ruling party.

Following Rupani’s resignation, the Aam Aadmi Party and the Congress’ youth wing on Saturday said the change of guard in Gujarat signals the end of BJP rule in the state.