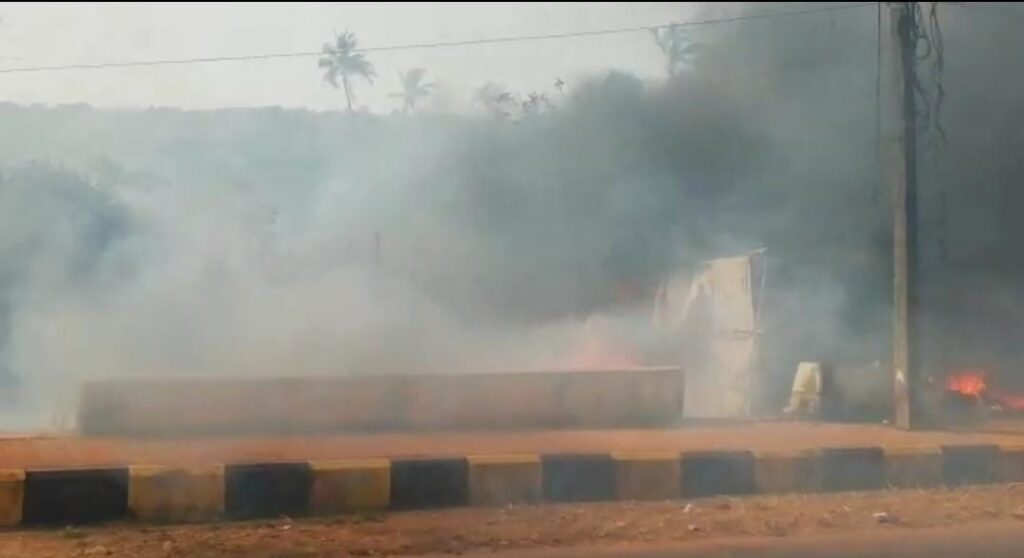 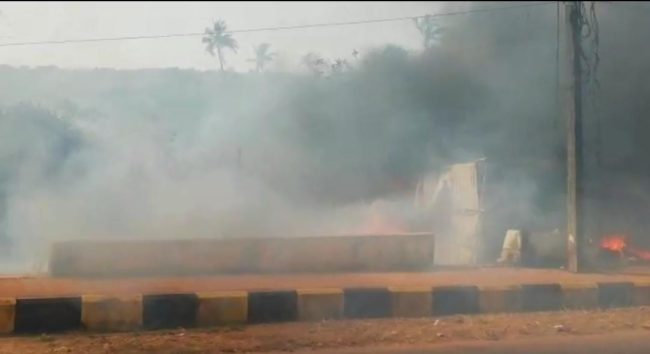 Pernem: A scrapyard owned by one Narayan Rathore caught fire on Thursday causing loss of 40,000.

According to sources, Control Room received a call at 3.30 pm informing that a scarp yard has caught fire at Arambol.

Immediately a team of Pernem Fire station rushed to spot and began fighting.

After fighting for almost four hours, the fire personnel’s managed to doze of the fire completely.

The owner Narayan Rathore claimed a loss of 40,000 rupees while the fire personnel’s managed to save goods worth 2 lakhs rupees.