Sea eats a large chunk of land at Galjibaga, threatens to surge ahead 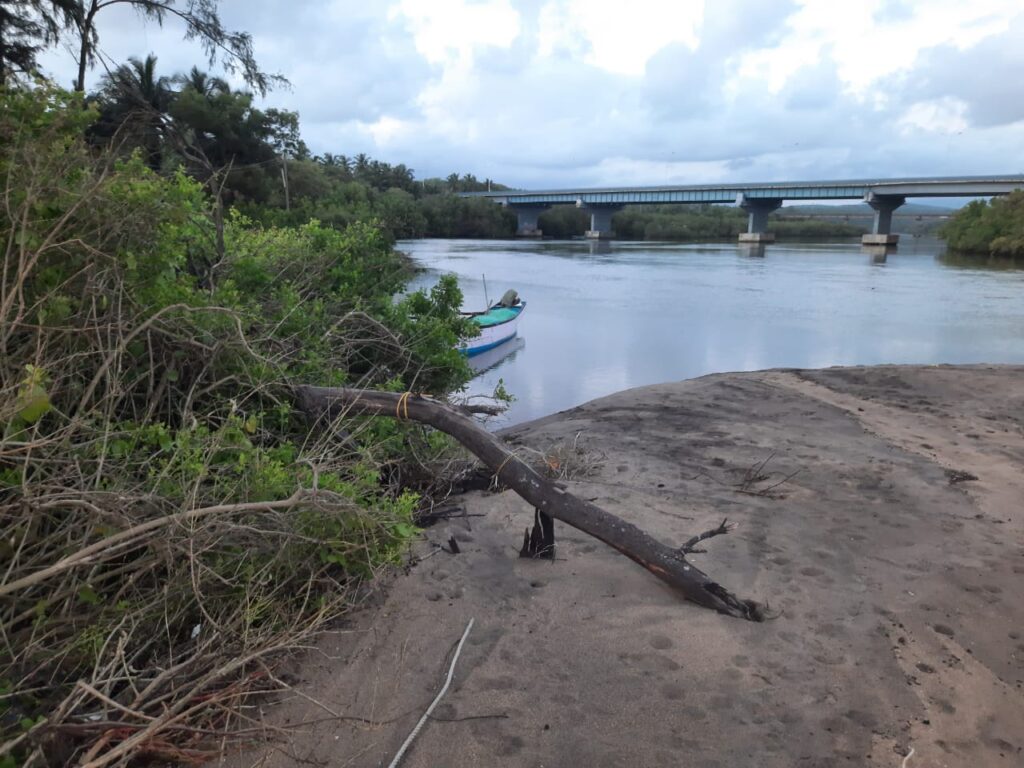 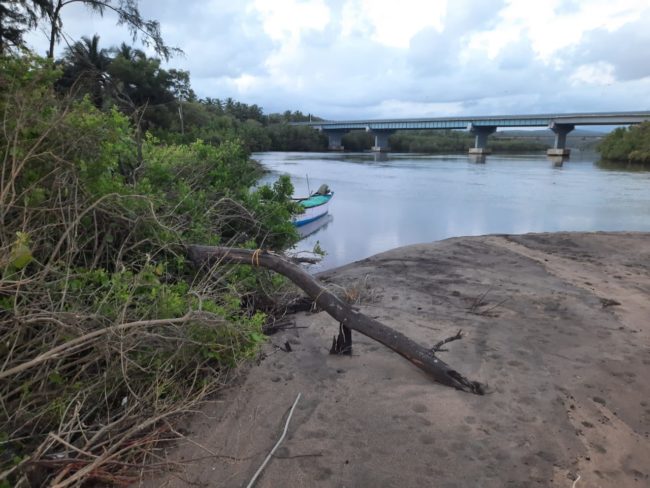 Goemkarponn desk
CANACONA: The recent cyclone and the rough sea waters thereafter have caused to wash away a large chunk of land on the seashore of Galgibagha, and if urgent steps are not initiated will result in irreparable damage to the coastline of Galgibagha beach the residents from here feel.
Locals residing close to the beach are accusing the authorities as they see the sea surging more and more ahead towards their land, and their houses may get washed away soon, they said.
Looking at the destruction of the Galgibagha beach Hilary Barreto, a resident of Galgibaga, posted a video of the washed away portion of the beach on the southern side with a caption on social media asking, “Is the government aware of the destruction of the Galgibagha beach posing a great danger to flooding, homes and lives?.
Many other residents also joined him, showing their concerns and expressed surprise that despite the large scale devastation of the beach, not even one government official thought it wise to visit the beach to take stock of the destruction caused. 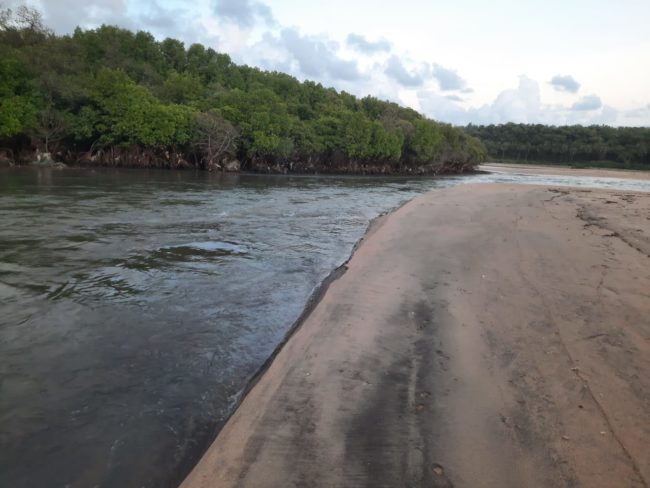 Locals speaking to Goemkarponn said that it will be disastrous for everyone around as the land is getting washed away by the rampaging waves day by day and helpless.
Earlier, it was one row of trees a year but from the beginning of this monsoon season, it’s literally one row of trees getting uprooted a day, exposing the second row to uproot, said another resident.
“A look at the seashore is enough indication to visualise that the destruction is due to neglect of the Galgibagha beach by the authorities, the destruction will not stop till government constructs a sort of retaining wall otherwise, the southern peninsula between the Galgibagha river and the sea will be totally washed away in coming days” added he.
It may be recalled that Goemkarponn was the first newspaper to highlight the critical condition in which the entire two odd kilometre seashore and the about half km sand bar of the Galgibagha beach lay in after the cyclone Tauktae hit the coast last month. 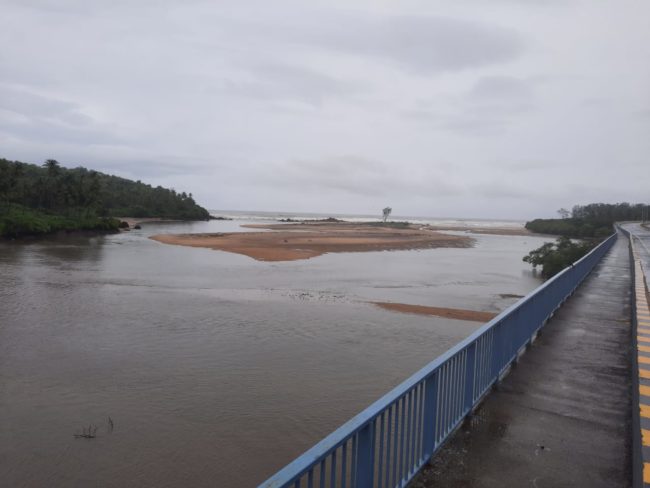 Locals informed that the recent cyclone has washed away a significant portion of the sand bar that separated the Galgibaga river from the Arabian sea till the river met the Mashem river, eventually both emptying at the same place.
After the sand bar, which was maybe as old as the river itself, got breached, the river has diverted its course. It runs straight into the Arabian sea, causing the nearby landscape to change and adapt to the present conditions.
Manoj Prabhugaonkar, a Mashem award resident, which is just the opposite of where the significant destruction has occurred, says that the residents living close to the Galgibagha river and the beach will have to pay a massive price for the lackadaisical attitude displayed by the concerned authorities.
“Major newspapers of Goa had covered this destruction, and if you tell me that the authorities have not read about this destruction, then you are joking,” said Prabhugaonkar.
Matilda Dias, another resident who resides about fifty metres from the riverbank on Mashem side, expressed shock and disbelief and is in total despair due to this.
While speaking with Goemkarponn, Dias said that she and her family and neighbours were earlier living beside the devil. Now they are sandwiched between the devil, the river and the sea, she informed.
Explaining their plight, she said they are having sleepless nights since the Manohar Parrikar Seaside link was commissioned in November 2019. Their houses are close to the bridge, and the vibrations from the fast-moving traffic are causing cracks in the walls of their homes, she informed.
Now the river has opened up just opposite our homes, and the water is surging with huge waves during high tide and battering our coast twice a day.
“The mangroves which acted as the first line of defence are fast disappearing, and a day will come when the river bank which was built by our ancestors will give way which will eventually cause more destruction” Dias complained.
Enquiries with the local MLA Isidore Fernandes revealed that he has already intimated the concerned department for immediate action in this regard, but locals feel that this needs immediate action as there is danger looming around; otherwise, in the next cyclone, there won’t be any structures which they can call their own, they said.