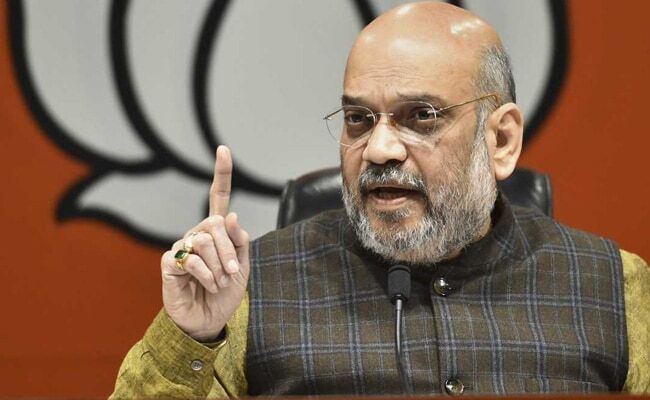 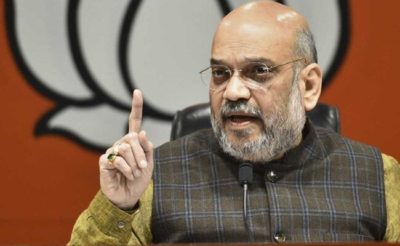 DHARBANDORA: Union Home Minister Amit Shah today said that BJP will win Goa Assembly Election with a full majority while stating that the centre and state government will work hand in hand for all-around development.
He spoke at the foundation stone laying ceremony of the college affiliated to National Forensic Science University (NFSU) at Dharbandora.
“I am confident that BJP will form the next government in the state with the full majority; I assure you all that Centre and State government will work hand in hand for all-round development,” said Shah during the event in Goa
He further said that the Govt’s another important step was a surgical strike under PM Modi & former Defence Minister Manohar Parrikar.
“We sent out a message that one should not disrupt India’s borders…There was a time when talks happened, but now is the time to reciprocate,” he said.
Shah said that Former Goa CM Manohar Parrikar gave the state its identity, and the former Defence Minister will also be remembered for providing One Rank One Pension (OROP) to all three armies.
Lauding the state government, the Union Home Minister said: “Chief Minister Pramod Sawant is following the path of Parrikar for the development of the state.”
“Happy to share that after the formation of National Forensic Science University, its first college is starting in Goa. NFSU’s five courses will also be starting from today,” he added.
Speaking on the National Forensic Science University, Shah said that its first college is starting in Goa, and the NFSU’s five courses will also be starting from today.
“Goa will be named as a state producing maximum number of Forensic Scientists; he said that Goa will also be known for producing the maximum number of Forensic scientists and professionals who will help maintain law and order situation in the country,” said Shah.
He also urged NFSU to commence courses related to tourism, drug and narcotics, coastal policing etc.