SHOCKER: Mauvin Says Dabolim Airport May Shut Down If It Fails To Compete With Mopa

App-based taxis are necessary if Dabolim airport has to compete with Mopa: Mauvin 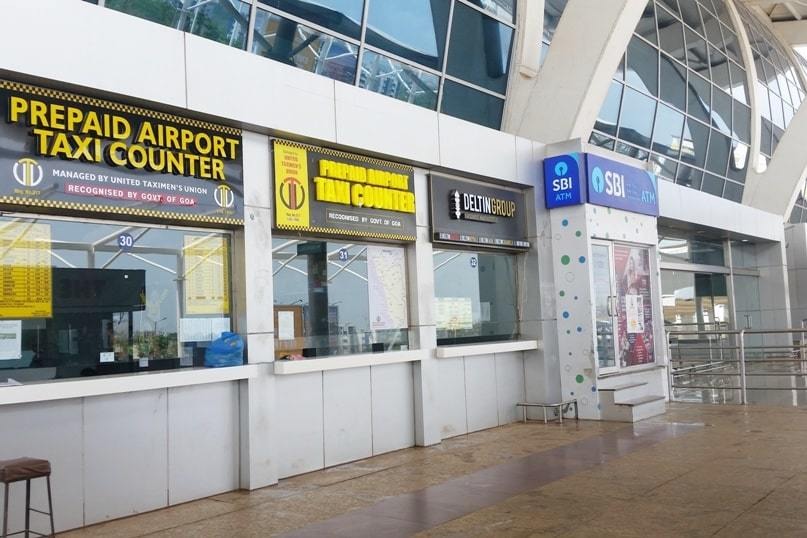 Goemkarponn desk
DABOLIM: In a shocking revelation, probably for the first time, a Goa Cabinet Minister admitted Dabolim Airport could shut down in future if proper facilities adopting new technology are not offered to passengers.
Transport Minister Mauvin Godinho said that App-based taxis are necessary if Dabolim Airport has to compete with Mopa International Airport.
“App-based taxis are necessary if Dabolim Airport has to compete with Mopa International Airport. If there are no good facilities and failure to adopt new technology may be a worrying situation for Dabolim airport. I am worried Dabolim may have to shut,” said Godinho.
He further said that Goa miles have assured to convert existing taxis to electric vehicles.
Godinho said that he has confidently taken taxi operators from Dabolim airport and shown positivity for the ‘Multimodal Transport App’.
“We will launch it in the next 10 days,” he said.
Responding to a query on the Mopa airport, the minister said it is a private airport which wants to give people all kinds of service options.
“We cannot stop them from using Ola and Uber, and after the issues in Karnataka, they may take a call, but we cannot interfere there,” said Godinho.
Godinhoconvened a joint meeting and site inspection with Yellow-black taxi operators at Goa Airport along with the Transport department and Airport Authority of India Director.
“I had arrived to check how counters operate, and I have now convinced the taxi operators that digital platform is the future and new technology has to be adopted. App-based taxis will have to be launched today or tomorrow, and we don’t want Dabolim Airport to suffer because Mopa Airport, which is a private airport, will offer all the latest services to passengers, and we cannot have only prepaid service here at Dabolim Airport,” he said.
Godinho said the taxi operators have been convinced, but they have a demand that the Goa Miles counter and Yellow, black taxi counter must not be next to each other because it could lead to fights for business.
“We have agreed on the condition. We have now assured to give the GoaMiles a counter a little away from the Yellow-Black taxi counter, and in addition, we will give another additional counter to Yellow-black taxi operators,” he said.
Godinho said that this meeting was to solve an issue that needed to be taken for survival.
“I have also directed the police staff to ensure that there are no touting incidents at the airport so that the taxi operators at Dabolim don’t suffer, and I will personally monitor the situation to address the fears of the Yellow, black taxi operators. I don’t want a tagline that Dabolim means chaos, and I will put all the things in order,” said Godinho.
“We have also told the Yellow-Black taxi operators that they can join the GoaMiles app, and when they take one passenger from here at Goa Airport, they can open the GoaMiles app and get another passenger on their return. We will open the GoaMiles counter in the next two days, and we will be ready to rise on occasion to keep the importance of Dabolim Airport, one of the best airports in the country,” he said.
Meanwhile, Yellow black taxi operator leader Prasad Prabhugaonkar said that the yellow, black taxi operators would not join the Goa Miles app and continue their traditional business from the counter established in 1985
“We have around 350 taxi operators and plan to make our own app and function under the app from Goa Airport. We had an issue that our Counter and Goa miles counter must not be side by side, and the minister has assured to agree to this demand,” said Prabhugaonkar