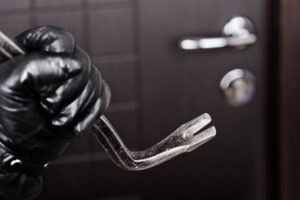 Goemkarponn desk
VASCO: In what could pose a huge question mark on the law and order situation in Goa, residents said that there was an attempted burglary at three flats in Upasnagar, Vasco.
Locals said several attempts have been to burgle houses and shops in the area.
“Two people arrived here and tried to break into atleast three unoccupied flats and locked the doors of people staying inside the apartments. My shop was also burgled in the past, ” said a resident.
Another said that her shop, which is a pharmacy, was attempted to be burgled a few days ago.
They said that these incidents have been happening regularly, and these people lock houses from outside and try to break into other flats.
“We live in an atmosphere of fear because these people are gutsy and dare to come when people are awake. We request the Government to take necessary action,” said the resident.
Local panch Nidhi Naik has demanded intensified police patrolling in the area.
She said crimes are happening all through these days.
“We had complained of these incidents to the police, but no action has happened. Last night there were more cases of attempted burglary, and we have now demanded intensified patrolling in the area. People fear for their lives, and police must now put additional staff in this area and intensify the patrolling and take action on people moving around at night,” said Naik.