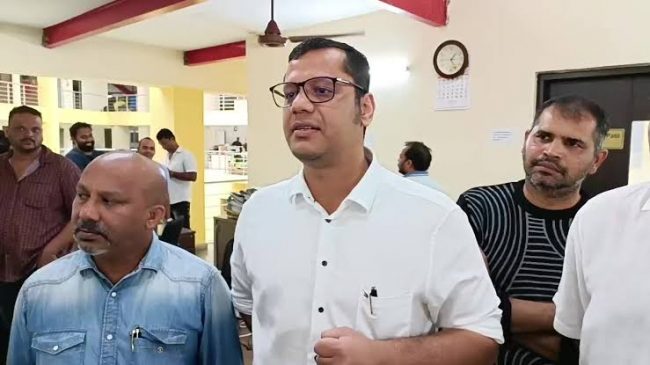 Margao: Cuncolim MLA and Congress Working President Yuri Alemao said that it is the ‘Short Circuit’ in the Budget which has promoted BJP Government to withdraw the Subsidy Scheme on Electric Vehicles.

Alemao said that this is just a begining, the powerless Double Engine Government will soon unplug various other Schemes charged.

The Chief Minister Dr. Pramod Sawant had announced in his last Budget that a provision of Rs. 50 crores is made for providing financial assistance for purchase of Electric Vehicles. It may be noted that the Government had also stated that the Scheme will continue till 2025-2026. What went wrong now just after three months of presentation of budget, questioned Yuri Alemao.

It is sad that many Electric Vehicle Owners are yet to receive their subsidy from the Government. The total amount due towards subsidy is almost 13.50 Crores. Government must explain where the Revenue from Green Cess collected from Coal Transporters & Petroleum Companies is going, questioned Yuri Alemao.

BJP Government in Goa has pushed Goa into Bankruptcy resulting in Financial Emergency in the State. Misplaced priorities & wasteful expenditure has made the State Treasury empty. Government is cluless on revenue generation, Yuri Alemao said.