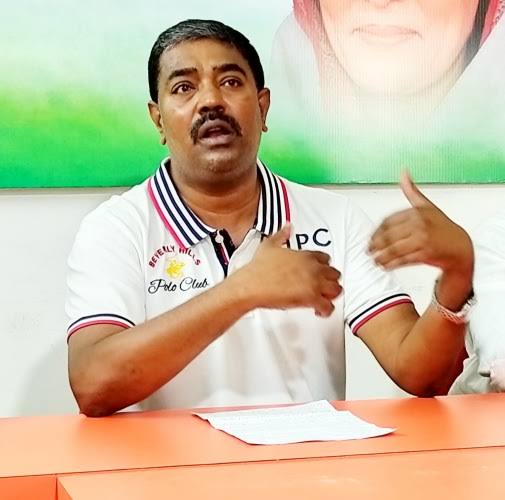 PANAJI: Mormugao MLA and Dy CLP Leader Sankalp Amonkar on Wednesday wrote to PM Narendra Modi demanding the immediate sacking of Union Minister Smriti Irani to pave the way for a free and fair investigation into her family-run business in Goa.
Amonkar speaking to reporters, said that Various departments in Goa are presently conducting enquiries on the complaint filed by RTI activist Adv. Aires Rodrigues.
“Smriti Irani has once again lied to the entire nation on her family-run business in Goa after her infamous graduation degree lie issue. All the circumstantial evidence, supported by her latest affidavit filed before ECI during the 2019 elections, documents of Registrar of companies Maharashtra and GST details prove prima facia that the restaurant in question, “SILLY SOULS CAFÉ & BAR at Assagao Goa, is run by her family. “Said Amonkar.
“The illegalities pointed out in this matter include illegal issuance of Liquor license and the illegal construction of the said restaurant, which is in violation of various laws.
It is also suspected that this entire business has been run on BENAMI style, and there is a high possibility that the property is also occupied/held as BENAMI,” said Amonkar.
“Various departments of Government of Goa including Excise, Panchayat, GST, Town & Country Department etc. are involved in the enquiry of the case, and
since Central and State Government are run by the same political party ( BJP ), it is quite natural that various authorities and their heads including the Chief Minister and his Cabinet ministers are under immense pressure to protect Smriti Irani and her family. “Said Amonkar
“Goa Women and Child Development Minister Vishwajit Rane has, in a recent statement, said that Smriti Irani, the Union minister for Women and Child Development, is his boss. It may also be pointed out that the same Goa cabinet minister Vishwajit Rane unfortunately also holds the Town & Country Planning Ministry, which is presently investigating Irani” s alleged matter in the TCP department.” said Amonkar.
“I have written to Modi to ask how we can expect justice from the Goa TCP minister when he publicly has said that Irani is his boss. How can we expect justice from the CM, who is otherwise very vocal on various local and national issues but has maintained static silence on the issue?
How can we expect an IAS officer to give justice when a senior minister says Mrs Irani is his boss? How can we expect the state government employees to be upright when their bosses have surrendered before Irani?” said Amonkar.
“Every Indian remembers Modi’s famous promises of “NAA KHAOONGA, NA KHANE DUNGHA’ and ‘LESS GOVERNMENT AND MORE GOVERNANCE” and in line with his promises, we have strong demand that Union Minister Smriti Irani be immediately dropped from the council of ministers to pave the way for a free and fair probe,” said Amonkar.
“If Irani comes out clean and is proved innocent in this matter, PM Narendra Modi can definitely reinduct her in the council of Ministers once the matter is closed after proper investigations. We are hopeful that PM Narendra Modi will take prompt action by dropping Smriti Irani from the council of ministers with immediate effect,” said Amonkar.