Sonali Phogat death case: The investigations have revealed that Sangwan and Phogat had stayed at the apartment before leaving for Goa. While conducting an inquiry at Sagwan's house in Rohtak, the police team found a passport. 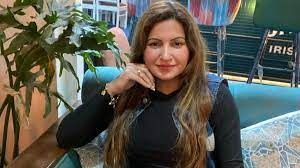 Goemkarponn desk
Rohtak/Gurgaon: Investigating the death of Bharatiya Janata Party (BJP) leader Sonali Phogat, a team from Goa Police on Sunday visited her personal assistant Sudhir Sangwan’s house in Rohtak and later in the day went to a flat in Gurgaon that Sangwan and Phogat had taken in rent.
The Goa Police team reached Sagwan’s residence yesterday, conducted some inquiries, and left for Gurugram to further investigate, sources said.
The investigations have revealed that Sangwan and Phogat had stayed at the apartment before leaving for Goa. While conducting an inquiry at Sagwan’s house in Rohtak, the police team found a passport, reported The Indian Express.
A two-member Goa police team, including Inspector Theron D’Costa and Sub-Inspector Francis Xavier, reached the flat in Emaar Gurgaon Greens society in Sector 102 Gurgaon at around 2.30 pm and left by around 7.30 pm.
The Goa Police was accompanied by police personnel from the local police station of Gurgaon. Four members of Sonali Phogat’s family were also present. 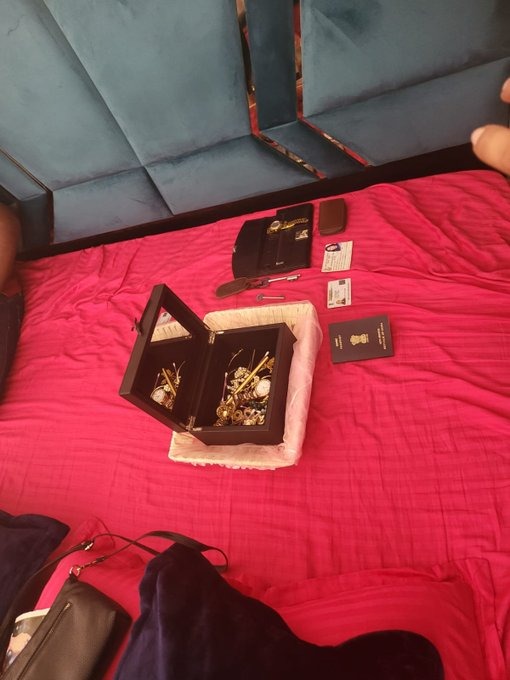 According to police sources, the Goa team seized some jewellery, Rs 16,000 in cash, watches, a passport, a mobile phone, and some documents from the flat, reported The Indian Express.
They also searched a white Tata Safari car parked in the society’s basement.
“We have seized several things that we thought were important, including jewellery and documents from the flat. We also searched a car parked in the society and recovered Sudhir’s driving licence. The seized things will be examined and see what emerges and then conduct the probe according,” an officer of Goa police told media persons.
Sandeep Phogat, President RWA of Emaar Gurgaon Greens, informed Sudhir had rented the flat in the society on June 1, and the lease agreement of the flat is in his name.
Sonali Phogat, 43, a BJP leader from Adampur constituency in Haryana, former TikTok star, and contestant on the reality TV show “Bigg Boss”, died some hours after she reached Goa on August 22. Preliminary investigation suggested that the cause of Phogat’s death was a forcible drug overdose, and the matter is being treated as a murder case, reported The Indian Express.
Based on the complaints of Phogat’s family members, Goa police have booked Sudhir Sangwan and his friend Sukhwinder under murder charges. The Goad Police had earlier said that Phogat was allegedly given methamphetamine, and some left-over drug was recovered from the washroom of a restaurant, where she and her aides had partied on the night of August 22.
On the other hand, Phogat’s family has been claiming a “larger political conspiracy” behind her death and has accused her personal assistant Sudhir Sagwan of murdering her to allegedly grab her property.
They have been demanding a CBI probe into the case. 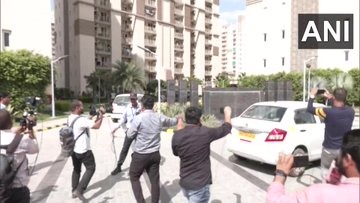 Sonali had contested from the Adampur constituency in Hisar on a BJP ticket in the 2019 assembly polls. However, she lost to the then Congress candidate Kuldeep Bishnoi. Phogat, in her 2019 election affidavit, had declared her total assets worth Rs 2.74 crore. However, her family is now claiming that the current market value of her total property was far more than what was declared in her 2019 election affidavit.
Meanwhile, her family members have said that they would be appealing the Punjab and Haryana High Court seeking a CBI probe if the Goa Police do not hand over the investigation.
A week ago, the Haryana government had written to the Goa government requesting to recommend a CBI probe into the case. However, the Goa government has not agreed to it and had maintained that the “Goa police’s investigation was going in the right direction”.
The Goa Police have been visiting several places in Haryana for the last five days to investigate Sonali’s murder. The police team had earlier conducted an inquiry at her farmhouse, residence, and office in Hisar. They also visited the banks where she had her bank accounts.
The Goa police also visited the Hisar tehsil office to verify the property-related documents of deceased Sonali Phogat and the team has also recovered a bunch of papers that indicate that Sudhir Sangwan was trying to take her land on lease, reported The Indian Express.
The investigating team had visited Hisar on Wednesday and went to Phogat’s farmhouse and house in Sant Nagar. They also collected Phogat and Sangwan’s bank and property details.