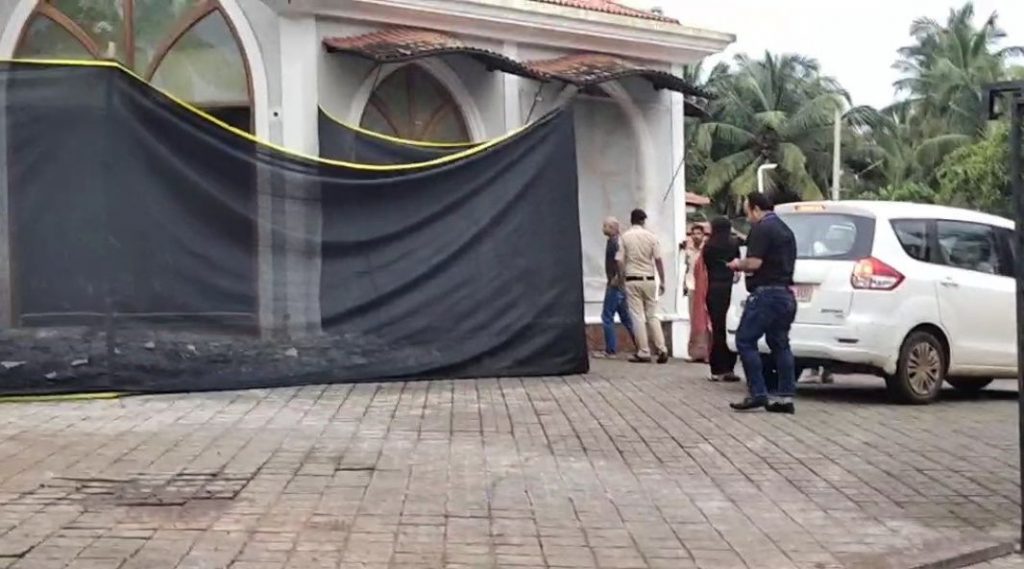 Goemkarponn desk
ANJUNA: Two days after the death of BJP leader Sonali Phagat in Goa, her family members today agreed to give their consent for the autopsy or forensic examination of her body.
They demanded videography of the whole procedure in the hospital. She was brought dead at the St Anthony Hospital in the Anjuna area of the North Goa district on Tuesday morning.
Sonali Phogat’s family members alleged that she was murdered by two of her associates.
Reports said that the body was kept in the Goa Medical College and Hospital morgue. The officials of the hospital confirmed they were waiting for a green signal from the state police to conduct the autopsy. A two-member forensic experts panel has been constituted for the autopsy.
Her family members said that the police told them that the FIR in connection with their complaint would be filed after conducting the postmortem.
Her brother Rinku Dhaka alleged that Sonali Phogat had spoken to her mother, sister, and brother-in-law before her death. She sounded disturbed and complained about her colleagues.
Reports said that the CCTV cameras, laptop and other crucial things from her farmhouse in Haryana went missing after her death.
Demanding a CBI probe in this case, he said that this was a murder, not a heart attack. The police were not filing an FIR into the case.
Goa Chief Minister Pramod Sawant said that the state police were conducting a detailed investigation into Sonali Phogat’s death.
He also claimed that considering the opinion of doctors and Goa Director General of Police (DGP) Jaspal Singh, it looks like she died due to a heart attack.
The Goa police had registered a case of unnatural death. The Director General of the Goa Police said that the postmortem will reveal the exact cause of the death.