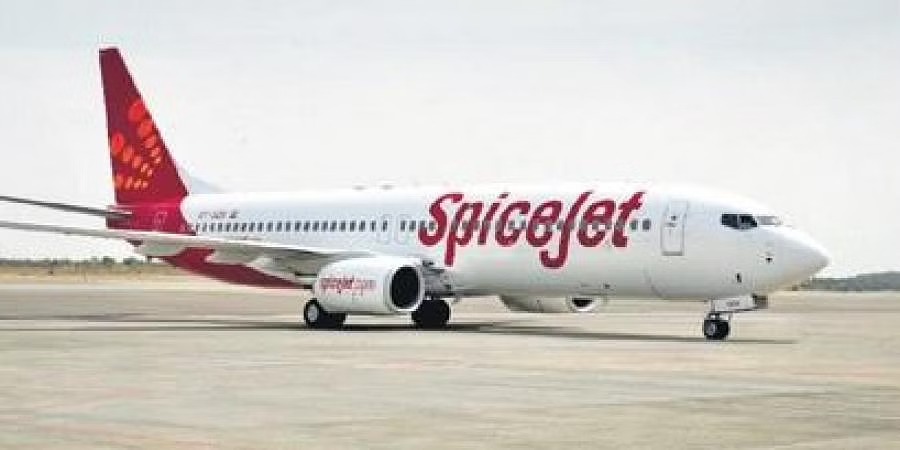 Goemkarponn desk
NEW DELHI/HYDERABAD: A SpiceJet plane coming from Goa made an emergency landing at Hyderabad airport on Wednesday night after smoke was observed in the cabin and aviation regulator DGCA is probing the incident, according to officials.
The plane landed safely and passengers disembarked through the emergency exit.
One passenger sustained minor scratches on the feet while disembarking from the aircraft, a DGCA official said.
A Hyderabad airport official said there were 86 passengers onboard the Q400 aircraft VT-SQB and that due to the emergency landing, as many as nine flights were diverted on Wednesday night after the incident at around 11 pm.
SpiceJet has been facing operational and financial headwinds in recent times, and it is already under enhanced surveillance of the Directorate General of Civil Aviation (DGCA).
The regulator had also directed the airline to operate only 50 per cent of its total flights till October 29.
On Thursday, the DGCA official said the regulator is probing the incident.
“SpiceJet Q400 aircraft operating from Goa to Hyderabad landed safely at its destination on October 12 after smoke was observed in the cabin during descent. Passengers were safely disembarked,” an airline spokesperson said.
According to the DGCA official, the plane made an emergency landing due to smoke observed in the cockpit.
On July 27, DGCA directed SpiceJet to operate a maximum of 50 per cent of its flights, which were approved in the summer schedule for a period of eight weeks owing to a series of incidents involving its flights.
Last month, the restrictions were extended till October 29.