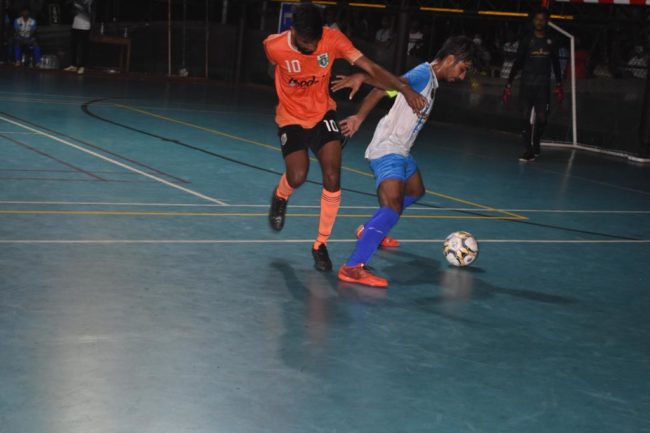 The Flaming Oranje twice came from behind before finally netting twice to record their second win in the competition and earn qualification to the knockouts. Rohan Rodrigues had given Sirvodem the early lead but Brandon Gomes made his presence count in the squad scoring the equaliser before returning to the bench injured. The teams were tied 1-1 at the break.

Crossing over, Chadel Fernandes then made it 2-1 with a sublime finish to put Sirvodem ahead in the game. However, SPortiung Clube de Goa levelled terms through Clive. Sporting were survived once again thanks to brilliant goalkeeping from Ozen Silva.

In the later stages, Sporting Clube de Goa scored a brilliant team goal where Marcus Mascarenhas set up Llyod to put them ahead in the game for the first time.

Llyod Cardozo then put the game to bed with a fine shot giving no chance for the rival keeper, 4-2.