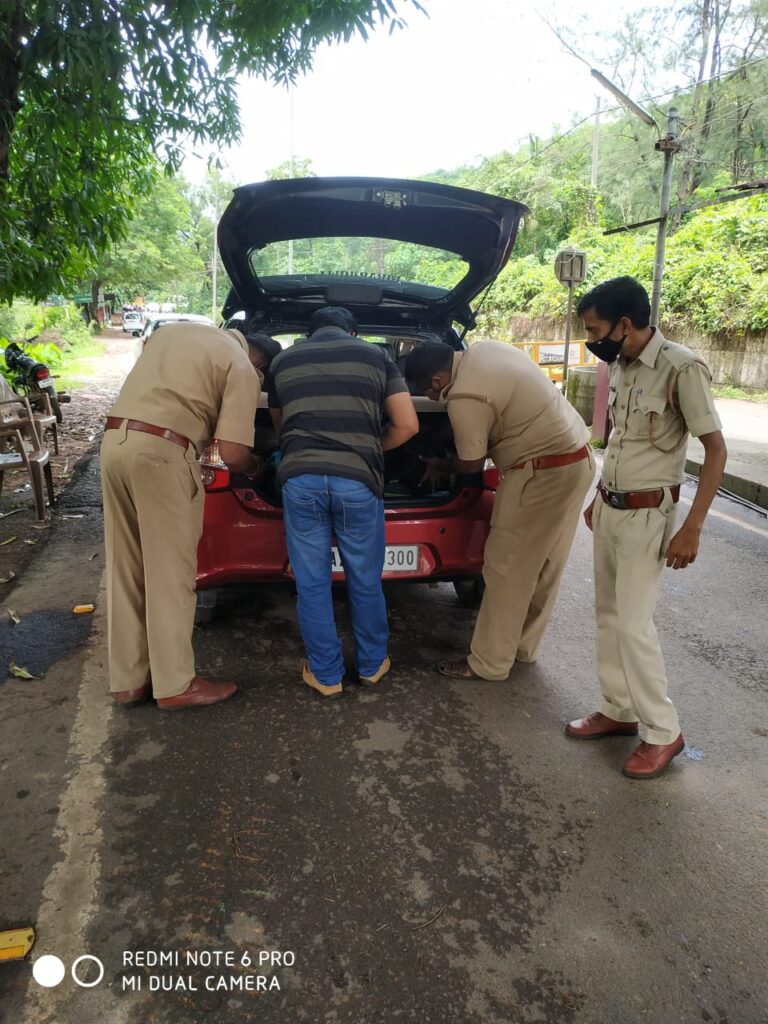 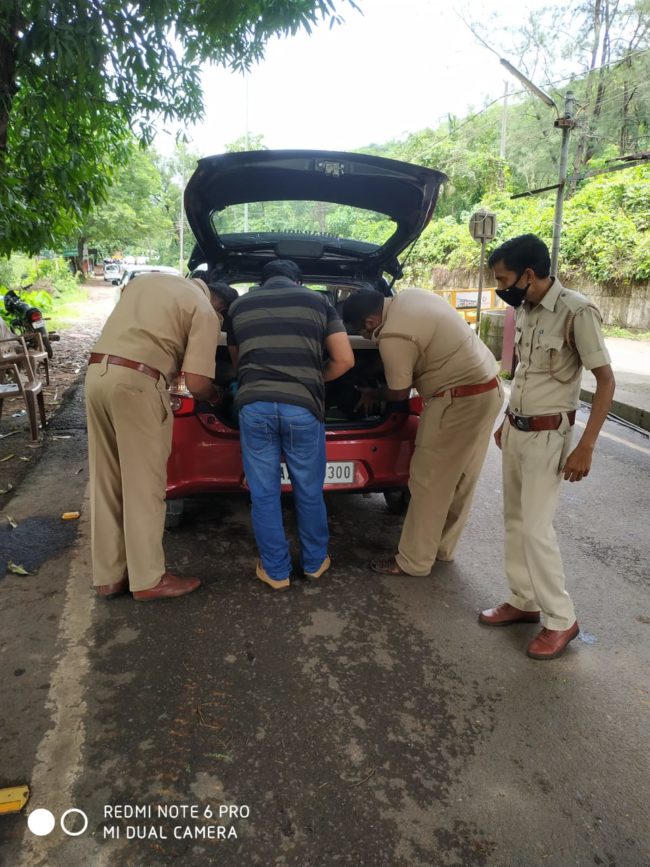 Goemkarponn desk
VALPOI: With the rise in vehicle movement from in and out of Goa border, the authorities have started strict checking is being carried out at the check post of Valpoi Excise Office at Keri.
Following complaints of picnickers drinking alcohol at the site of a waterfall in the Surla Ghat area on the pretext of going to Belgaum, staff at checkpost were seen checking every vehicle.
Officials said they had seized several bottles of liquor from the vehicles.
The locals, both in Surla and Keri, have welcomed the move by the excise department.
Every monsoons, the cascading waterfalls in Surla attract many tourists from Goa and outside.
This year, however, due to the outbreak of covid disease, the government has banned crowds at the waterfall.
In the Chorla Ghat area between Goa and Belgaum, a large number of waterfalls are witnessed.
The last two years have seen a large number of tourists flocking to this waterfall on this highway.
However, since last week, there has been an increase in complaints that some tourists have gone to these waterfalls.
Considering this, the Valpoi excise office officials have tightened the system at Keri check post.
When contacted, Excise Inspector Hanumantrao Desai said that in the Chorla Ghat area, many people had lodged complaints that tourists are creating nuisance at various waterfalls.
Desai said action had been initiated against vehicle owners for carrying alcohol illegally.
Desai clarified that the action was taken after it was revealed that the vehicles were pretending to go to Belgaum from the check post but instead went to Surla and other waterfalls for picnics.
At present, due to the outbreak of the covid-19 disease, a limited number of personnel have been deployed at Keri. After things normalise, a special team will be deployed in the area, said Excise Inspector Hanumantrao Desai.