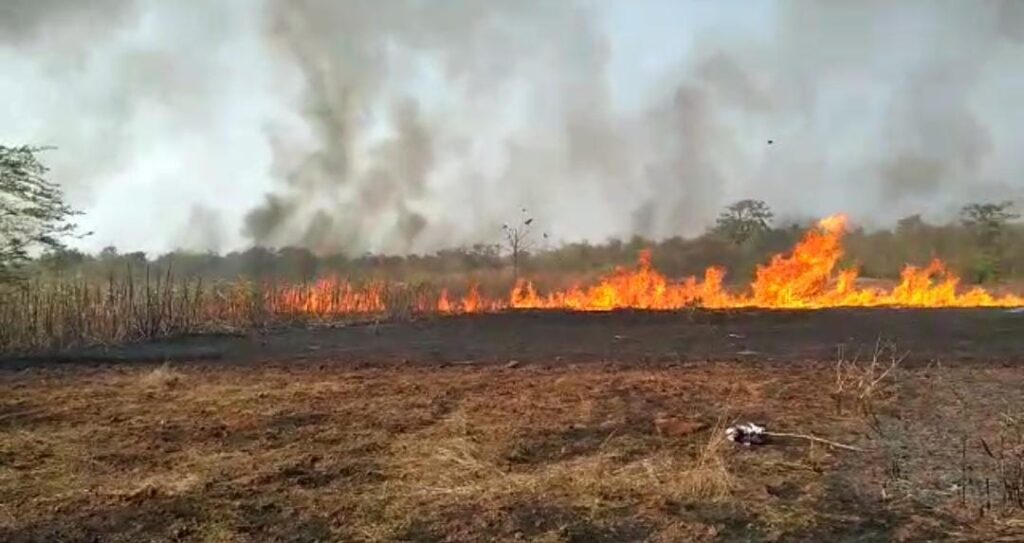 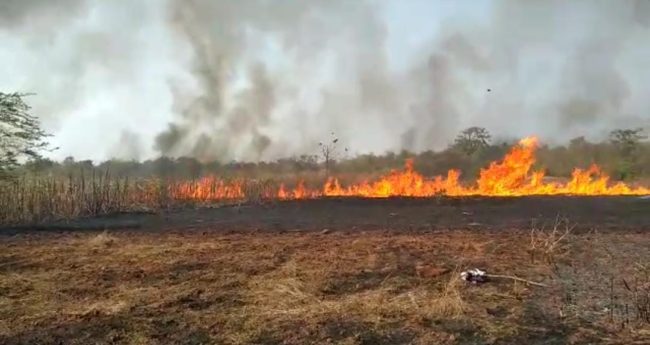 According to the farmers, on Tuesday evening, sugar Plantation spread over 40,000 sqmt land caught fire. Farmers who had planted sugarcane have alleged that this planatation is purposely set in fire since this land is acquired for the proposed highway to mopa airport.

Famers claimed that to clear the land for the highway, the plantation was set on fire in the absence of the farmers. Farmers informed that on Tuesday they had hearing to attend on the proposed highway issue.

Famers also claimed that the farmers have already given thier land for the sport city but are not going to fall prey to goverment. Farmers also demanded the government to compansate for the loss.

Prakash Palyekar famer said,” We are not going to give more land for any road. Already the farmers have given up thier land for the sports city thinking that it will develop the taluka but not anymore. Also government will have to compansate for this loss”.