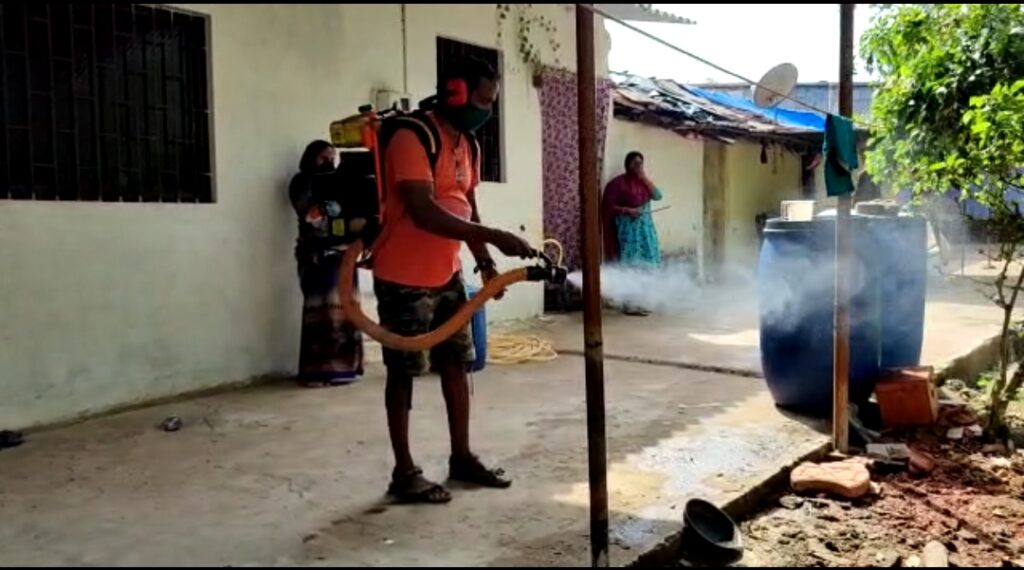 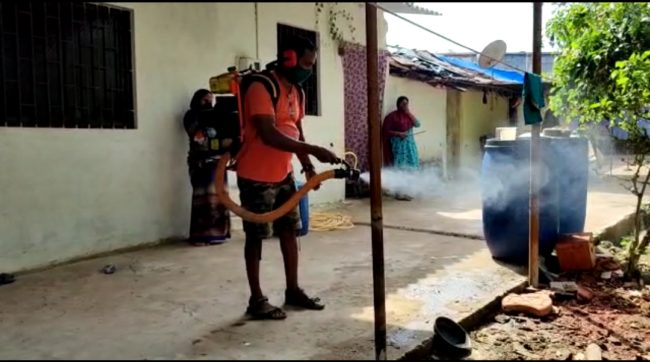 Goemkarponn desk
Vasco: The surge in Dengue cases in the Gandhinagar area of Mormugao municipal jurisdiction concerns the residents.
An officer from the Health services observes multiple vulnerable spots breeding grounds for dengue mosquitoes.
Health services to disconnect the power and water connections if residents do not take preventive measures and safe water storage practices.
Former MMC councillor Dhanpal Swami said that yesterday he was called by an officer from the Health services informing him that there have been multiple Dengue cases detected from the area near Jatashankar temple in Gandhinagar.
He also pointed out that the officer has also identified that the barrels and containers used to store water were kept open, which are breeding grounds for the mosquitoes that spread Dengue.
“Several times I have requested the residents to cover the utensils, containers used for storing water. Residents from the area have been well informed to keep their surround, some and if they are not following it, some necessary action will have to be initiated to make things right,” Swami said.
Later, when contacted by Micheal Falcao, an officer from the Health services stated that they have identified one Dengue case in the area of a 20-year-old youth, and it has also been observed by us that synthetic water storage tanks, containers have been positive for mosquitoes breeding.
“We have instructed the locals to tightly cover their water storage utensils and containers or el,se they will be, issued notices and after that the electricity and water connection of their houses will be disconnected,” he said.
He further informed that we have done ultra-low volume spraying as a preventive measure, which effectively clears breeding spots. Several barrels, containers have been positive for breeding; we fumigated them as a preventive measure today.
Attachments area