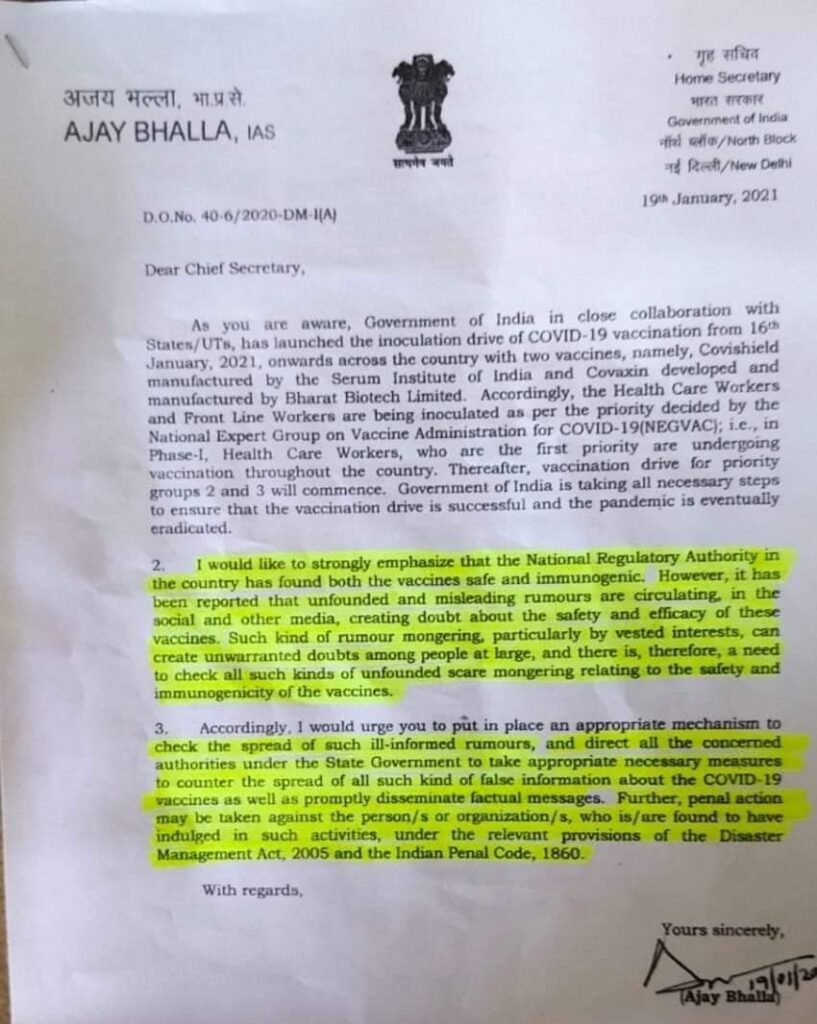 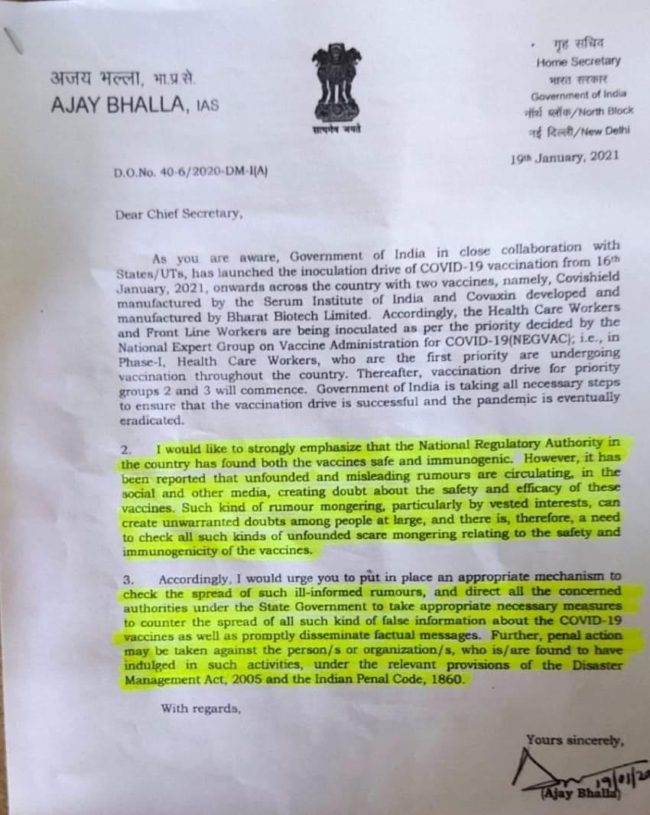 PANAJI:The Government of India has requested states and UTs to check the spread of rumours about the efficacy of Covid-19 vaccines, urging them to take penal action against anyone found to be involved in the dissemination of inaccurate and ill-informed news. At present, SII’s Covishield and Bharat Biotech’s Covaxin are being administered to healthcare and frontline workers in India as part of the world’s largest vaccination drive.

In a communication to the chief secretaries of all states and UTs, Union Home Secretary Ajay Bhalla strongly emphasised that the National Regulatory Authority in the country found that the two vaccines—Covishield, produced by Pune-based Serum Institute of India, and Covaxin, developed and manufactured by Bharat Biotech Limited—were safe and immunogenic.

“I would like to strongly emphasise that the National Regulatory Authority in the country has found both the vaccines safe and immunogenic. However, it has been reported that unfounded and misleading rumours are circulating on social and other media, creating doubt about the safety and efficacy of these vaccines,” the communication said.

Home Secretary Ajay Bhalla further advised Chief Secretaries to direct all authorities concerned under the state government to take appropriate steps required to counter the spread of all such kind of “false information” about Covid-19 vaccines. Prompt dissemination of facts regarding the Covid-19 vaccines approved for emergency use is equally important, the communication added.

“Further, penal action may be taken against the person/s or organisation/s who is/ are found to have indulged in such activities, under the relevant provisions of the Disaster Management Act. 2005 and the Indian Penal Code, 1860,” Home Secretary Ajay Bhalla said