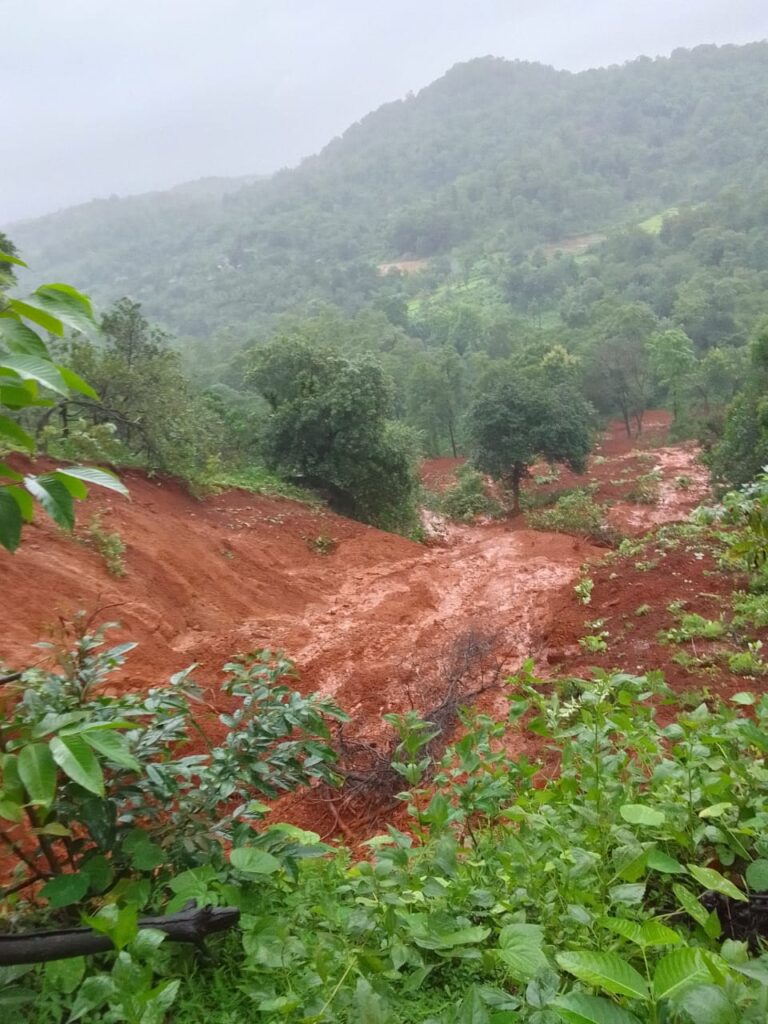 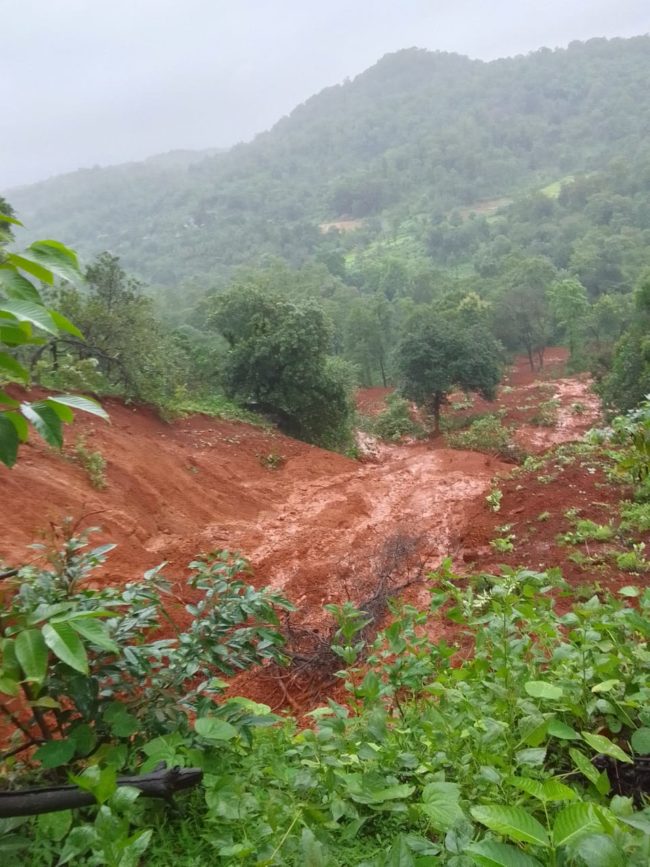 Goemkarponn desk
VALPOI: Almost three after the landslides and flash floods in Satare, the government has failed to take any concrete step in this regard.
The locals of Satare said that the sludge is still coming down for the last three months, but except for an inspection by government authorities, nothing more has been done.
The Villagers say that if there is heavy rain again, there may be the threat of landslides again.
The citizens have appealed to the government to study the matter seriously and take mitigative measures.

A mountain about 3 km away collapsed…

In July, in a heavy landslide, a mountain of around three kilometres had collapsed.
This is the first time in the history of Goa that such a massive landslide has occurred.
Due to the collapse of a hill of about three kilometres, a vast hillock came down and spread on the flat land.
Locals said this destroyed a large number of forest resources and killed wild animals.

The villagers said that Dr Pramod Sawant had announced that he would study the reason for mountain collapse and asked authorities to prepare a report in that regard.
However, except for an inspection, no attempt has been made in this regard.
The villagers say that if the government continues its ignorant attitude, there is a possibility of a major calamity in future.
The villagers have demanded that Pramod Sawant immediately conduct the study and prioritise taking strict measures in this regard.

Meanwhile, according to the information, several incidents of mountain burning are being reported. Locals say the fire weakens the soil absorption process of the mountain, leading to the formation of swamps through heavy rainfall, which causes the mountain to collapse.
Locals said several complaints were lodged with the government regarding mountain burning. However, no action has been taken so far.

According to villagers, even with the slightest rain in the areas, the rainwater comes down in a muddy form, proving that the place is still swampy.
They said the possibility of soil coming into the lower part with water flow cannot be ruled out.