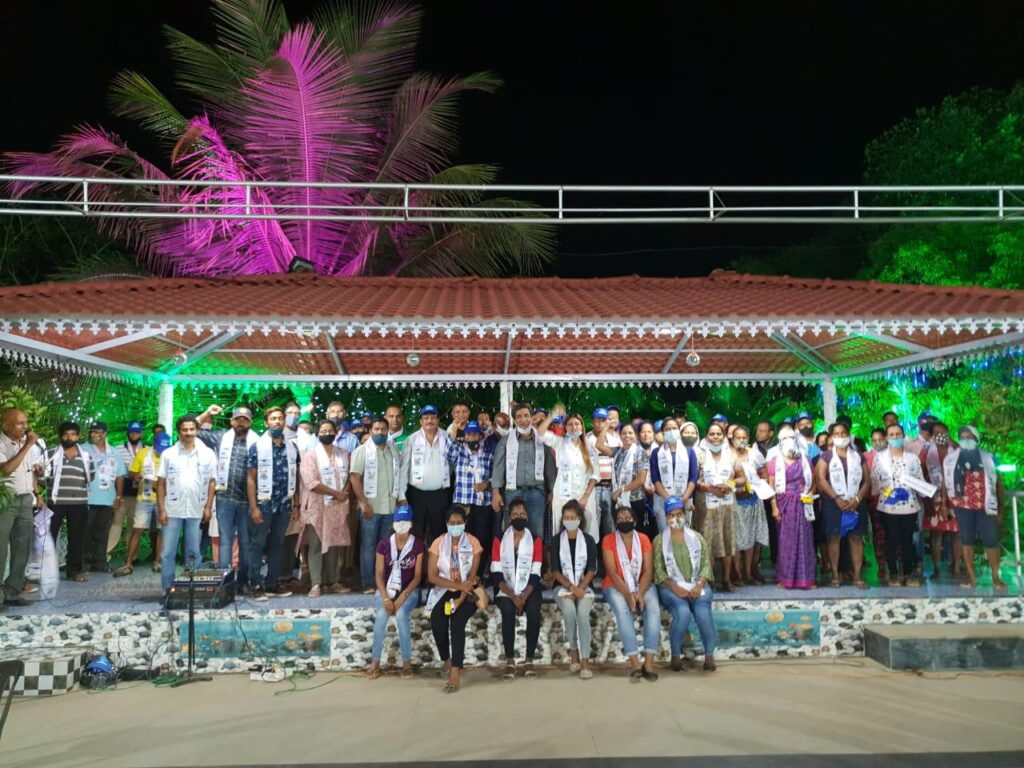 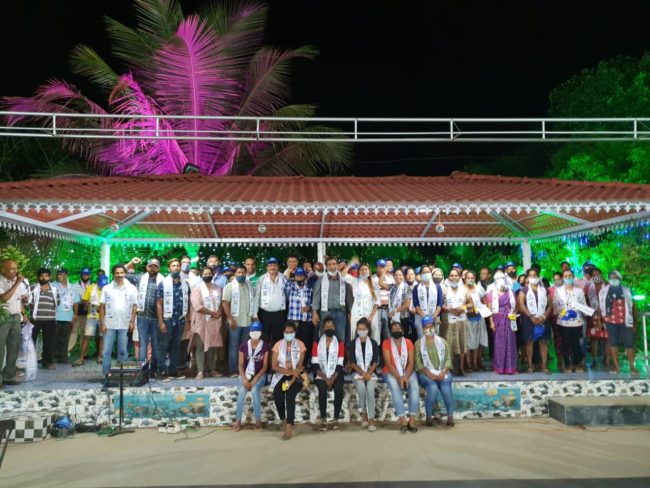 Goemkarponn desk
Former Sarpanch of Guirdolim Milagres Gonsalves joined the Aam Aadmi Party today along with around with his supporters in large numbers at a programme held at Pink Balloon the dance hall owned by him.
Milagres was elected for three consecutive terms as member of Guirdolim panchayat and has also been a sarpanch.
“I always wanted to serve the common man and do something for the poor,” said Milagres adding that in present times it ia only AAP that is working for the downtrodden.
He said he has been following AAP government in Delhi and was very impressed with the manner in which Arvind Kejriwal was reducing the cost of living of the people.
“Setting up Konkani Akademi in Delhi made me decide to join AAP as if a person could set up the organisation in Delhi one can imagine what he will do for Konkani in Goa,” he said.
Milagres who is a well known tiatrist called Milagres de Chandor said tiatr has a truly bright future under AAP.
Along with Milagres around 30 supporters from Guirdolim, Chandor, Curtorim and Cuncolim joined AAP.
AAP Goa Convener Rahul Mhambre, AAP ZP member Hanzel Fernandes, AAP leaders Capt Venzy Viegas and Pratima Coutinho were present for the program.
Capt Venzy said this is just the beginning and many more people will be joining them in coming days.