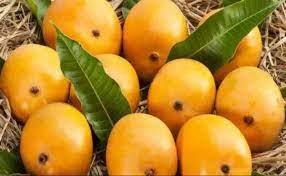 Main objectives are as below:

i. To promote Goa as Agri. Export Hub of India.
ii. Entrepreneurship development in Agri. Export.
iii. To diversify export basket and destinations and boost high value and value-added agricultural exports, including a focus on perishables.
iv. To promote novel, indigenous, organic, ethnic, traditional and non-traditional Agri products exports.
v. Creation of efficient export-oriented infrastructure and utilization of existing infrastructure.
vi. To set up an institutional mechanism for pursuing market access, tackling barriers and deal with sanitary and phytosanitary issues.
vii. Skill development of the concerned stakeholders in the agri. export.

PANAJI: With an aim to boost agricultural production, the Government of Goa has notified the Agriculture Export Policy (AEP) for Goa State
The notification says that the Government of India has aimed to double agricultural Export from US $ 30+billion to US $ 60+billion by 2022 and reach US $ 100 billion in the next few years after that.
It says the Goa State can contribute its share above target by having a guiding policy for Agricultural Exports at State Level and a Monitoring Committee.
“Agriculture produce from Goa such as Cashew, Mancurad Mango, Moira Banana, Alsando, Korgut Rice could form the export blanket of the State. Goa Cashew is organic by default. As of now 9500 ha Cashew
plantation is under certified organic and additional 1500 ha of cashew is under conversion stage,” the notification reads.
It further says in addition to above, another 10,000 Ha of area under different crops is under conversion under
Paramparagat Krishi Vikas Yojana (PKVY).
“Branding organic Cashew from Goa can fetch revenue to the State and increase farmer’s income,” it says.

Agri Exports from Goa
The export of Agriculture and Processed Food Products Export Development Authority (APEDA) products from Goa in 2016-17 was 17740.23 MT with value of Rs. 9881.12 lakhs.
In 2017-18 the export was 13585.93 of value Rs. 7364.51 lakhs. The major products exported from Goa are Alcoholic beverages, Jaggery and confectionary, miscellaneous preparation and cereals preparations etc.
“Broad objectives of Goa State Agri Export Policy, aims to increase farmers income and State share in National Agri Exports,” it says.
Goa can become an export hub owing to the facility of Mormugao Port and Dabolim Airport. Upcoming green field international airport can multiply the opportunity for
exports and boost State revenue. 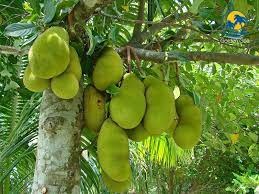 All this can be achieved when efforts of farmers are coupled with development of necessary export infrastructure in the State.
Private Entrepreneurs and Goa Chamber of Commerce and Industries will have to be involved in infrastructure development.
Providing of stable trade policy regime and reforms undertaken in Agriculture Sector will pave way for Agriculture Export from Goa.
Directorate of Agriculture, Government of Goa is Nodal Department for Agriculture Export Policy and efforts like formation of FPO’s, processing units etc. will boost
Agriculture Exports from Goa.
The State Agri Export Policy is organized in two broad categories namely Strategic and Operational with sub categories as below: