Two arrested by Colvale Police along with 1 kg Ganja 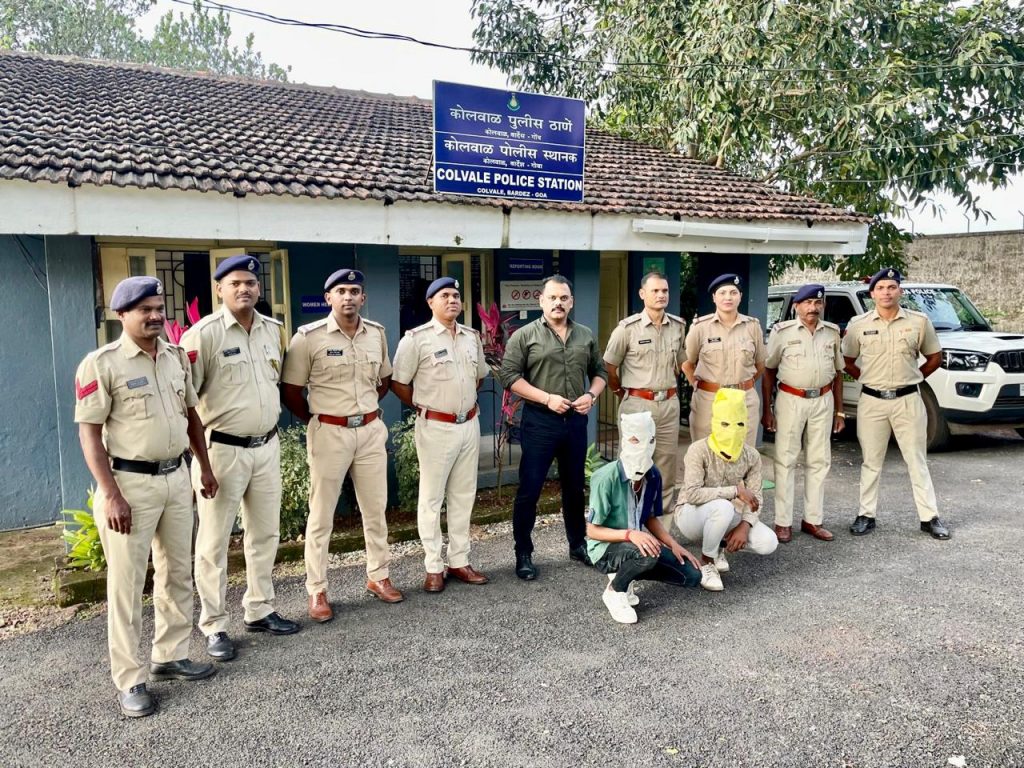 Goemkarponn desk
MAPUSA: Colvale police arrested two persons from Karnataka for possession of Ganja.
According to SDPO Mapusa Jivba Dalvi, a raid occurred today at Housing Board, Colvale, during which 02 accused persons were 1. Ratan Awale age 20 yrs and 2. Abbas Kharushi, age 19 yrs, were arrested for illegally possessing Ganja.
Both accused persons have been arrested under sections 20(b)(ii)(B), and 29 of the NDPS Act and are presently in lockup.
SDPO Jivba Dalvi informed that during interrogation, the accused persons have informed that they procured the drugs from a specific place in Maharashtra, and as such, a team of Colvale Police is leaving for Maharashtra tomorrow to trace the suppliers. Both accused persons revealed that as the tourist season was going to begin, they had come to sell the drugs to prospective customers.
The raiding team consisted of PI Somnath Mahajik, PSI Sushant Sangodkar, LPSI Sonam Vernekar, head constable Sunil Mandrekar and constables Suraj Kinlekar, Sandip Malik, Vinayak Palav and others.
Further investigation is in progress under the supervision of SP North Shobit Saxena IPS.