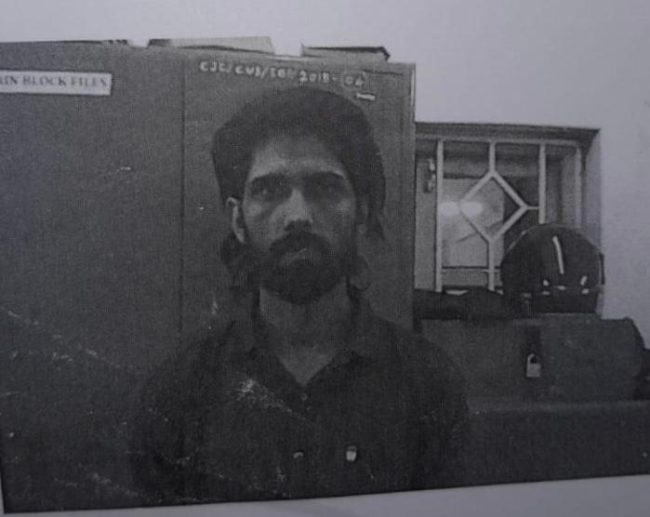 MAPUSA: Under-trail accused Vivek Gautam (28) from Chandranagar, Agra (UP) who was arrested in dacoity case in 2019, escaped from Colvale Central jail authorities yesterday night when he was taken for medical checkup at Asilo.

As per information, After doing the checkup when he was leaving from district, broke the handcuffs and started ran away.. he was chased by police but he managed to flee with two of his accomplices who were outside the hospital one of whom fired one round in air. After which the police repeated the incident and upon searching, police found one full magazine containing 7.65 mm round bullets along with pepper spray which one of the accomplices used duing the incident