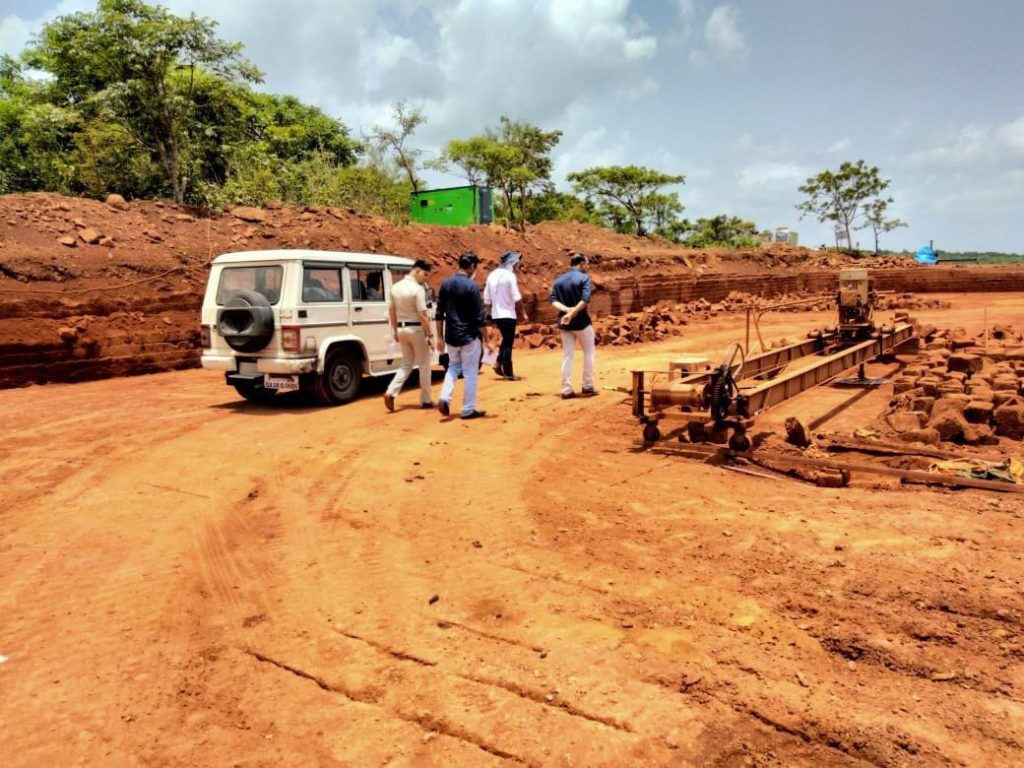 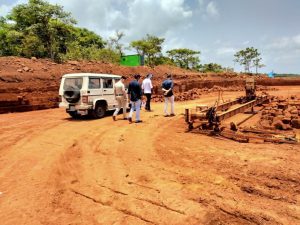 Goemkarponn desk
PONDA: Two Usgao locals have issued a legal notice to the Directorate of Mines and Geology for not taking proper action against the illegal stone quarry operating at Usgao for a long time near Goa Meat Complex.
The notice mention that as per instructions, locals had filed complaints to the mines department of an illegal stone quarry operating in one property at Usgao and inspections were conducted by officials from your department on 2/09/2021 & 25/07/2022, wherein it was found that there were illegal quarrying pits in the said survey number and that illegal quarrying had been done. “The value of the Mineral (stones) extracted by the violators is Rs 26,07,769 / – (Rupees twenty-six lakhs seven thousand seven hundred and sixty-nine),” the notice said.
Further, the notice says no action has been taken by your department to recover the said amount from violators to initiate criminal proceedings against them for violating the provisions of the Mines and Minerals (Development and Regulation) Act, 1957 and Goa Mineral Concession Rules, 1985.
“On 28/09/2022, locals had applied under Right to Information, Act, 2005 for the action taken report, copies of show cause notices, F.I.R., etc. issued/registered concerning the illegal stone quarrying in survey no. 308 / 1 – A of Village Usgao; however, the information has not been furnished to them, which violates the R.T.I. Act, 2005,” it says.
Thus, this also indicates collusion between employees in your department and the violators.
“Therefore call upon you on behalf of my clients to furnish to them the information sought by them vide their application dated 28/09/2022 within a period of 48 hours from the date of receipt of this Legal notice, failing which they will be constrained to initiate appropriate legal action in the manner they are advised,” it said.
Meanwhile, after notice by the lawyer, the complainant said that the person involved in the illegal stone quarry had started filling pits. The locals demanded government conduct a probe and take strict action guilty, including if officials were involved in crime.

148 of Goa’s cricket players went under the auctioneer’s hammer at the PGML 2.0