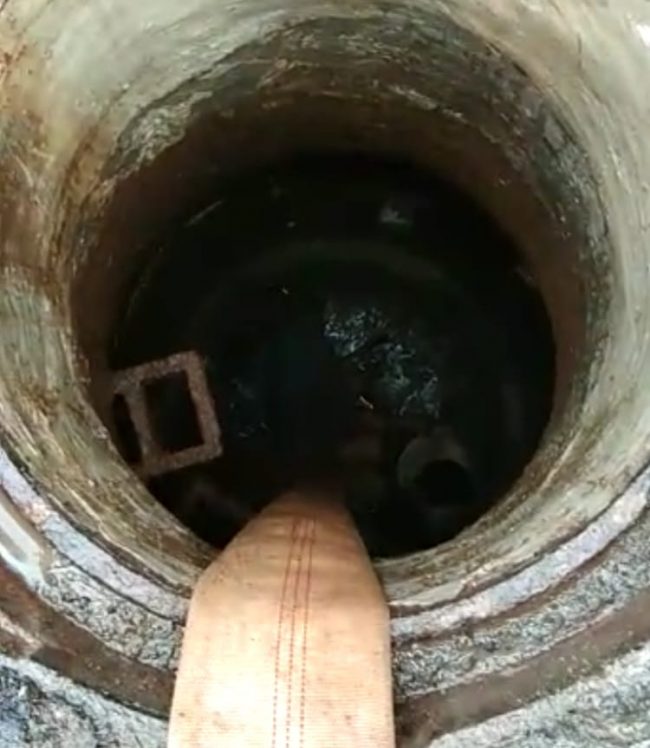 VASCO: Vasco firefighters have managed to give a new life to the two individuals who were trapped inside the PWD Sewerage chamber at Sada since Sunday afternoon. Vasco Fire station officers and personnel, with their hard efforts, rescued them on Monday afternoon.
As per the available information, two individuals were rescued and shifted to Sub District hospital Chicalim for medical treatment. Vasco fire station officer Francisco Mendes said that “we got a call that one manual labourer entered the chamber he felt suffocated and became unconscious reportedly due to the inhalation of poisonous gases. The second labourer also entered the chamber to rescue the first labourer, but unfortunately, he also fainted.
Mendes further said that the Public works department staff immediately called Vasco Fire station and continued to keep an eye on these labourers.
“We brought the two labourers up, and they were administered first aid. Both the labourers were later shifted to sub-district hospital Chicalim. Further, one of the labourers was later referred to GMC,” he said.

More the parties contesting in Goa; merrier it is for BJP: Godinho

Goemkarponn desk PORVORIM: Transport Minister Mauvin Godinho said that it was an advantage for the BJP in the upcoming elections with many political parties coming ... Read More

Goemkarponn desk BICHOLIM: The Bicholim MLA and the speaker, Rajesh Patnekar stated that they are trying to devise a permanent solution to floods in Sal ... Read More