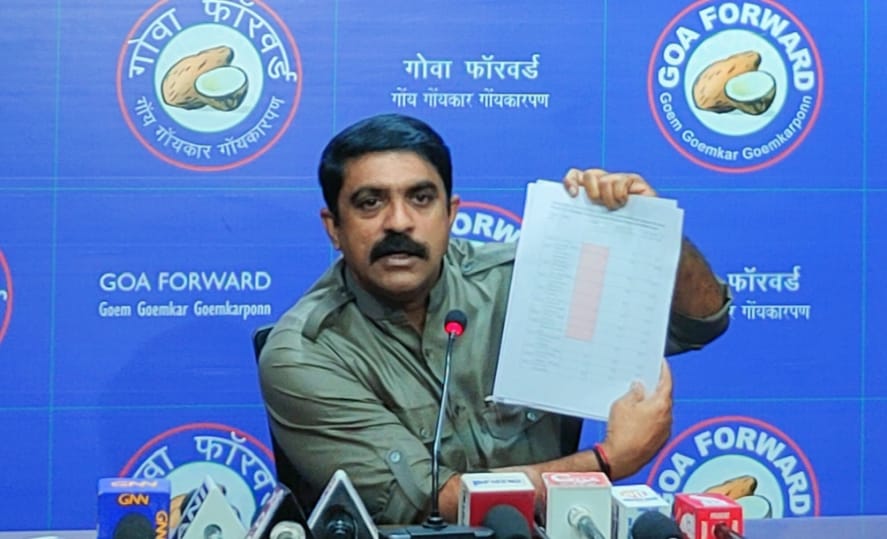 PANAJI: Sardesai also said that he will write to Home Minister Amit over the mega police recruitment scam.

“Those who failed in Police Constable secured 500% more marks for PSI exams the very next day. I will write to Union Home Min Amit Shah over this mega police recruitment scam with details demanding its scrapping,” said Sardesai

He further alleged PSI recruitment scam is a criminal conspiracy and that candidates who scored 15 to 30 REA marks in the constable test, scored 83 to 99 marks in the PSI test the next day.

“I suspect politicians and officers are involved. I demand action against them; I demand that a retired High Court judge must be appointed to investigate the recruitment process,”

Sardesai said that if action is not taken against the culprits, Goa Forward Party will move to the High Court of Bombay at Goa or Supreme Court.

Earlier too, there was criticism that there was a scam in the recruitment process for the post of sub-inspector in the police department. It was also pointed out that there are prima facie facts in it.

After this, the Director General of Police constituted five different committees under the chairmanship of the Deputy Superintendent for the inquiry.

According to police officials , the internal investigation of the department has revealed the manipulation in the recruitment process for the post of sub-inspector. Two candidates were declared eligible despite failing the physical efficiency test. Also in the written exam, some candidates are doubting as they got 95 to 99 marks.