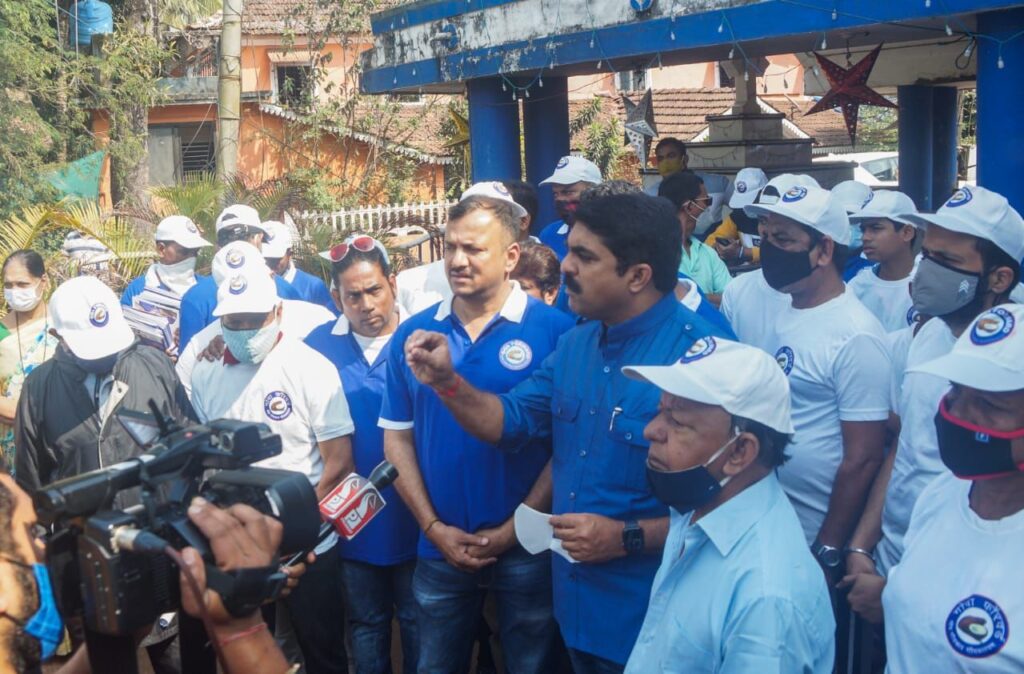 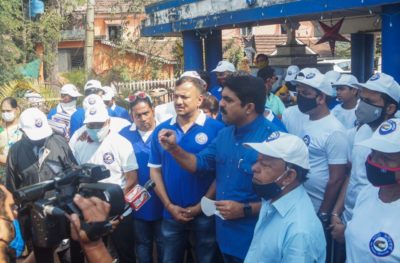 Goemkarponn desk
PANAJI: Vijai Sardesai, the President of Goa Forward Party, on Sunday stated that the BJP Government led by Chief Minister Dr. Pramod Sawant is trying to hoodwink Hindus by announcing to initiate reconstruction of temples that had been destroyed by the Portuguese.

He was speaking whilst launching the door to door campaign of GFP St. Andre candidate Jagdish Bhobe.

“He (Chief Minister) should remember that Goans are not fools and will not get diverted from core issues like closure of mining, safety of women, destruction of environment and others by announcing construction of temples.” Sardesai said.

“Do the Hindus get a special discount on LPG, Petrol and other products in the inflation list.” He questioned.

“Not only of other religions, but Covid infected Hindus also died due to the mismanagement of Chief Minister Pramod Sawant during COVID pandemic.” Fatorda MLA Sardesai hastened to add.

He said that rather than diverting the core issues, the Chief Minister should tell the people of Goa why he failed to resume mining, why he brought coal in Goa and why he failed to give safety to women.

Sardesai said that not only to BJP, but Goans will teach a lesson to all those defectors who murdered the democracy by going against wishes of people. “These defectors switched parties for self development and not for the welfare of goans.” He said.

He said that the focus of the Congress and GFP coalition is to defeat BJP and send their candidates home in the assembly election.

Jagdish Bhobe speaking on the occasion said that he is very positive to get good support from people. “No development has taken place in St. Andre. There are many unresolved issues, which we will resolve.” He said.